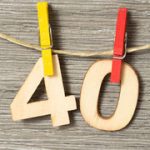 If the Age Discrimination in Employment Act (ADEA) were a person, he or she would have been subject to its own protections a decade ago, when the law turned 40. On the ADEA’s 50th birthday earlier this year, Victoria Lipnic, the acting chair of the Equal Employment Opportunity Commission (EEOC) gave the law’s effectiveness mixed reviews.

The landmark legislation’s philosophical underpinning is that “age is just a number; it doesn’t define one’s ability, potential or value,” Lipnic said. And yet “outdated assumptions about age and work persist as stereotypes and barriers to older worker employment,” she noted. Lipnic solicited input on how the ADEA could be improved, and got plenty of suggestions.

Employers that have never been hit by any of the thousands of age discrimination claims filed each year might be forgiven — though not by the EEOC — for being a little fuzzy about how ADEA defines age discrimination. Here’s an overview, based on an EEOC summary:

The ADEA does allow reverse discrimination — that is, policies favoring older employees over younger ones, even if both are at least 40. In some states, the the age threshold is even lower than 40, so be sure you know how your state defines “older.”

The meaning of a “reasonable factor other than age” referenced above was the subject of regulations finalized in 2012. According to the EEOC, that regulation reflected recent Supreme Court rulings. It “clarifies that the ADEA prohibits policies and practices that have the effect of harming older individuals more than younger individuals” without a provable job-related justification.

Suppose you have a policy requiring employees to be able to run up and down a flight of stairs five times in five minutes (this example is extreme, but useful for illustrative purposes). Chances are, a lot of employees 40 and older would have a tough time meeting that standard. Possibly a lot of younger workers would, too. If that rule had the effect of discriminating against older employees, you would have to show why the policy is necessary from a business standpoint. Companies that genuinely need such restrictions would be wise to get the opinion of a labor law attorney to back them up.

How employment recruiting notices are worded is regulated by the ADEA. It’s generally illegal to include “age preferences, limitations, or specifications,” in the job description, according to the EEOC. Also, while the ADEA doesn’t explicitly prohibit an employer from asking an applicant’s age or date of birth, don’t ask unless there’s a nondiscriminatory reason why the information is needed.

Job notices “may specify an age limit in the rare circumstances where age is shown to be a bona fide occupational qualification reasonably necessary to the normal operation of the business,” the EEOC states. The devil is often in the details.

Keep in mind, employer efforts to determine a job applicant’s age obliquely don’t go unnoticed. When asked by the EEOC to weigh in, the American Association of Retired Persons (AARP) highlighted some practices that employers use to attempt an end-run around the ADEA. For example, “Specifying a minimum number of years of experience is legitimate, but expressing a maximum number of years of experience has a clear and predictable disparate impact on older participants,” the group stated.

Here are other recruiting practices the AARP believes should be viewed as discriminatory:

According to the AARP’s testimony, the “newest and perhaps most pernicious frontier of age discrimination is the use of ‘big data’… to recruit and refer job applicants.” Using that technology, “discrimination is buried in datasets and algorithms that will be more difficult to detect.” This might represent a cat-and-mouse game with the EEOC, or simply an unintended consequence of the advancement of technology.

One thing is clear: With watchdogs such as the AARP and others nipping at the EEOC’s heels, employers cannot rest easy just by believing they don’t engage in age discrimination in the most visible ways. Keeping attuned to the ever-evolving legal standards and enforcement trends is essential. As for thinly-veiled attempts to determine an individual’s age, rest assured, the EEOC has seen it all. They won’t likely be amused by employers who think they’ve outsmarted the system.