Are You a Joint Employer? The DOL Weighs In 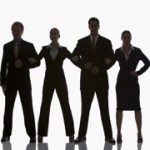 If your company is classified as a joint employer with one or more other companies, you may be liable for overtime pay even if you carefully avoid workweeks that exceed 40 hours of work. Why? Because the Department of Labor’s Wage and Hour Division (WHD) states that you and your fellow joint employers share responsibility for compliance with the Fair Labor Standards Act (FLSA)

The WHD fleshed out the details in a recent opinion letter (Administrator’s Interpretation, No. 2016-1). According to this letter, a contract such as an agreement between you and a staffing company doesn’t necessarily determine who the employer actually is. You can contractually delegate a lot of responsibility to a staffing company, including supervision, and still be considered joint employers. That determination, says the WHD, is based on “the economic realities of the working relationship.”

That expansive definition contrasts with common law concepts of employment and joint employment, which look at the amount of control an employer exercises over an employee.

According to the FLSA, an employer includes “any person acting directly or indirectly in the interest of an employer in relation to an employee.” And the word “employ” is defined simply as “to allow or permit to work.”

There are two categories of joint employment: horizontal and vertical. The WHD states that a horizontal joint employment relationship exists “when an employee is employed by two or more technically separate but related or overlapping employers.”

Continuing with the example of the nursing homes, the following questions can get at the economic reality of the situation to determine whether the two facilities are joint employers.

The WHD opinion letter adds that it’s not necessary for all or even most of the above factors to be present to indicate joint employment.

In a vertical joint employment relationship, there are two layers of employers: 1) The ultimate employer, and 2) An intermediate layer employer, such as a staffing agency. According to the WHD, “There is typically an established or admitted employment relationship between the employee and the intermediary employer. That employee’s work, however, is typically also for the benefit of the other employer.”

Here are some examples of cases in which courts concluded there was a vertical joint employer relationship:

Here are some key factors that the agency would weigh in determining whether a vertical joint employer relationship existed:

It must be noted that federal courts have greater authority than the Department of Labor in interpreting laws such as the FLSA. Indeed, the WHD’s opinion letter supports its positions by referencing federal court rulings — and even points out examples where courts have rendered conflicting opinions.

Still, going up against a federal agency by asking a court to overrule the agency is not generally advisable. Therefore, if you think you might be deemed a joint employer, be sure to pay close attention to the number of hours the potential employees are working to steer clear of unexpected overtime pay obligations, or any other requirements of the FLSA.