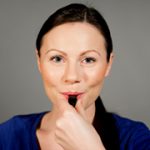 The IRS Whistleblower Office is celebrating its 10-year anniversary this year. The office was created under the Tax Relief and Health Care Act of 2006 to oversee the IRS whistleblower program, which is a critical part of overall enforcement and compliance.

Since the program began, informants have helped the IRS collect $3.4 billion in additional revenue, including tax, penalties, interest, additions to tax and additional amounts in dispute. In turn, the IRS has approved more than $465 million in monetary awards to whistleblowers.

“Whistleblower” is a generic term that typically describes someone who reports misconduct by an employer, co-worker or another party. The IRS Whistleblower Program pays money to people who provide specific, credible information to the IRS about those who don’t comply with tax laws. But there are also a variety of federal laws that contain provisions that apply to employees and other whistleblowers.

To reduce the regulatory burden on businesses, the Trump administration has discussed repealing or revising some of these laws, such as the Dodd-Frank Act, the Affordable Care Act and various environmental regulations. Contact a legal or accounting professional for the latest information.

How do today’s whistleblower programs compare to previous enforcement efforts? In addition to establishing the IRS Whistleblower Office, the Tax Relief and Health Care Act raised reward percentage amounts for informants. They are currently at least 15%, but not more than 30%, of the proceeds collected from an administrative or judicial action, as long as certain conditions are met. (See “Whistleblowing Basics” below.)

The IRS originally hoped that the invigorated program would bring in $182 million in previously uncollected revenue in its first ten years. The IRS views today’s enforcement efforts — which collected nearly $369 million in 2016 alone — as “very productive,” according to its latest report to Congress, which was released on January 13, 2017.

The IRS reports that 2016 was a “transformative” year for its Whistleblower Office. It deployed resources from across the agency to help address or eliminate backlogs of whistleblower claims.

As the IRS addressed its backlog, it closed more than 21,000 open claims in 2016, a 99% increase from the previous year. Common reasons for closures include:

In 2016, the IRS re-engineered and streamlined its claims process to avoid future backlogs.

If your boss, neighbor or archenemy brags about underpaying taxes, you may feel an ethical obligation to file a claim with the IRS Whistleblower Office. There are two types of awards. Information for the first type of award must meet the following criteria to qualify:

If a submission doesn’t meet these criteria (for example, it doesn’t meet the dollar threshold of $2 million or the case involves an individual with a gross income of less than $200,000), the IRS may consider it for the discretionary whistleblower award program. The awards through this program are less, with a maximum award of 15% up to $10 million.

Your tax advisor can help you file a comprehensive whistleblower claim. Be prepared to provide a written narrative that includes a description of the amounts due and supporting documentation, such as the location of assets and copies of books and records, ledger sheets, receipts, bank records, contracts and emails. The IRS also wants to know how and when you learned about the information that forms the basis of the claim, as well as a complete description of your present or former relationship to the taxpayer you’re filing a claim against.

Starting in 2017, once you submit a claim, the IRS Whistleblower Office will mail you an acknowledgment letter within days of receiving your claim. If the IRS doesn’t use the information, the office will send you a claim denial letter. As the claim is investigated, a subject matter expert may contact you to make sure that the IRS fully understands the information that’s been submitted.

It’s also important to note that awards are based on collected proceeds. So, whistleblowers often must wait five to seven years after filing a claim to receive an award, because the IRS can’t make award payments until the accused taxpayer has exhausted all appeal rights and no longer has the ability to file a claim or refund.