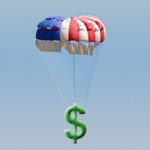 The Ebola outbreak is all over the news, especially now that the Centers for Disease Control and Prevention has reported cases on U.S. soil. As of Oct. 22, the World Health Organization, a specialized agency of the United Nations, reported more than 9,900 reported cases of Ebola Virus Disease — including nearly 2,000 children under the age of 17 — and nearly 4,900 resulting deaths in Guinea, Liberia and Sierra Leone. The number of reported Ebola cases is expected to continue to rapidly increase in those countries.

May the Donor Beware

The Better Business Bureau (BBB) is warning consumers about a variety of Ebola-related scams and problematic fundraisers that have emerged recently. BBB reports that there are already more than 100 pages on the charitable website GoFundMe that are raising money for various Ebola campaigns.

One page was allegedly set up to raise donations for a nurse who was recently infected with Ebola. Members of the nurse’s family told BBB they didn’t authorize the effort, and the page has since been shut down.

Phone scams have also been reported to the BBB. Typically, the bogus callers claim to be part of a well-known charity, such as the Red Cross. The calls may even appear to be coming from a legitimate charity based on the name on the victim’s caller ID.

High-profile disasters bring out of the best — and worst — in some people. Unfortunately, scam artists have learned to prey upon donors’ emotions and good intentions. BBB warns good-deed-doers to carefully research charitable efforts before donating money or goods. Here are some DOs and DON’Ts:

Do confirm that the group is a legitimate charity by checking out the organization at give.org, the charity reporting arm of BBB.

Don’t give to strangers or unsolicited requests. Instead, give to individuals you know. It is safest to give to those individuals you personally know who are contacting you to support their specific project. Projects that share updates provide greater transparency.

Do read the fine print. There could be credit card fees and administrative costs associated with donating.

Don’t give out personal financial information — such as Social Security numbers, credit card and bank account numbers, and passwords — to anyone who solicits a contribution. Scam artists may use this information to steal your identity and money.

Don’t give or send cash. For security and tax record purposes, contribute by check or credit card or a way that provides documentation of the gift. Most legitimate charities do not solicit donations via money transfer services.

Don’t assume your donation is deductible. If you are funding a project run by an individual instead of a charity, the money you give may not be deductible for federal income tax purposes. Here is a list of IRS Exempt Organizations.

President Obama has called the Ebola outbreak in West Africa a public health emergency, a humanitarian crisis and a national security priority. And he’s directed U.S. agencies and departments to help West African governments respond to this crisis.

The IRS has followed suit by issuing two items of special relief related to the Ebola outbreak in West Africa:

The IRS guidance allows recipients of qualified relief payments related to the Ebola outbreak in Guinea, Liberia and Sierra Leone to exclude those payments from income on their tax returns. Payments generally include amounts to cover necessary personal, family, living or other qualified expenses that weren’t covered by insurance.

Example. If an employee living in Guinea receives reimbursement from an employer-sponsored charitable organization for medical expenses the employee incurred as a result of the Ebola outbreak in Guinea, such reimbursement will not be included in the employee’s gross income for U.S. federal income tax purposes.

Example. Similarly, if an employee of an American company is relocated within Liberia under a quarantine order due to the Ebola outbreak in Liberia, and the American company pays for the employee’s transportation, rent and living expenses related to the quarantine order, such payments will not be included in the employee’s gross income for U.S. federal income tax purposes.

2. IRS Notice 2014-68 provides guidance on leave-sharing programs to help West African Ebola victims. Some employers have set up programs where employees can donate their unused vacation, sick or personal leave in exchange for the employer making cash payments to qualified tax-exempt organizations.

Under the recent IRS guidance, employees won’t be taxed when they forego vacation, sick or personal leave in exchange for employer contributions of amounts to charitable organizations providing relief to Ebola victims in Guinea, Liberia and Sierra Leone made before Jan. 1, 2016. Employers may deduct the amount of the cash payment as business expenses, just as they would have deducted the total compensation paid to employees had they not elected to make contributions.

Leave-sharing donations also will be free of income- and payroll-tax withholding. Although employees don’t have to include donated leave in their income, they don’t get a charitable contribution deduction for the value of their donations because W-2 income will be reported net of the contributed leave. Participation in leave-sharing programs also could result in smaller retirement plan contributions depending on how compensation is defined under the employer’s retirement plan.

On the upside, participation in these programs can save Social Security taxes on the amount foregone. Moreover, taxpayers who don’t itemize deductions on their federal income tax returns may receive an added bonus for participating in leave-based donation programs.

Example. A taxpayer who doesn’t itemize deductions and forgoes $2,000 worth of leave will get the equivalent of a $2,000 deduction that would not be available if he or she took the leave and contributed $2,000 in cash. In addition, the reduction in his or her adjusted gross income (AGI) from participating in the program may make it possible for the employee to achieve a greater tax benefit from any of the numerous deductions and credits that are reduced as AGI increases. For example, participation may yield a higher deduction for a contribution to a traditional IRA.

IRS Shows Its Soft Side

Tax relief encourages U.S. citizens and businesses to make charitable donations when catastrophic events strike — and it eases the financial burden on U.S. disaster victims. The IRS issued similar guidance for qualified relief and leave-based donation programs in the aftermath of other disasters, including the 2011 earthquake and tsunami in Japan, the 2010 earthquake in Haiti and Hurricanes Katrina and Sandy in 2005 and 2012, respectively. Contact MBA for more information about the recent IRS guidance on Ebola relief in West Africa.