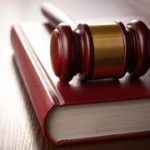 The IRS recently announced its “nonacquiesence” with a federal appeals court decision that held a retailer that issued loyalty discounts to its customers was entitled to deduct its liabilities attributable to discounts, which were accrued but hadn’t yet been redeemed. (IRS Action on Decision 2016-03)

What Is an IRS “Action on Decision?”

The IRS has a policy of announcing at an early date whether it will follow the holdings in certain court cases. An Action on Decision is the document making such an announcement.

“Nonacquiescence” signifies that, although no further review was sought, the IRS doesn’t agree with the holding of the court and generally won’t follow the decision in disposing of cases involving other taxpayers.

If the taxpayer’s liability is to pay a rebate, refund, or similar payment to another person (whether paid in property, money, or as a reduction in the price of goods or services to be provided in the future by the taxpayer), economic performance generally occurs as payment is made to the person to which the liability is owed.

However, under the recurring item exception, certain recurring items can be deducted for a tax year, even if economic performance hasn’t been met, if:

The taxpayer operates supermarkets, pharmacies and gas stations. During the years at issue, the retailer had a customer loyalty program. Under the program, customers would present a loyalty card when purchasing qualifying groceries and, for every $50 spent, earn a 10 cents per-gallon price reduction for gasoline purchased in one transaction. The discounts were aggregated so they could potentially reduce the per-gallon gas price to zero. Although the discounts were described in a program brochure as expiring three months after the last day of the month in which they were earned, the retailer didn’t revoke any accumulated discounts during 2006 or 2007 (the years at issue).

On its corporate income tax returns for the years at issue, the retailer claimed a deduction for the discounts its customers had accumulated but, at year’s end, hadn’t yet applied to fuel purchases, amounting to $3.4 million for 2006 and $313,490 for 2007. Here’s how the retailer computed the deductions:

1. By ascertaining the total dollar amount spent at its supermarkets on discount-qualifying items.

2. By dividing that figure by 50 to determine the number of outstanding accumulated discounts.

3. By multiplying the quotient by 10 cents to determine the face value of the discounts.

4. Next, the retailer multiplied the discounts’ face value by the historical redemption rate of discounts in their expiring month, and multiplied that product by the average number of gallons purchased in a discounted fuel sale.

The IRS disallowed the deductions, and the retailer challenged the disallowance in U.S. Tax Court. The court agreed with the IRS. The retailer argued that the discounts accumulated but not applied by year’s end satisfied the “all events” test under the recurring items exception because the retailer’s liability became fixed upon issuance of the discounts and the amount of that liability was reasonably ascertainable.

However, the Tax Court found that the claimed deductions didn’t satisfy the “all events” test. Since the program was structured as a discount against the purchase price of gas, the purchase of gas was necessarily a condition precedent before the retailer could claim a deduction. (Giant Eagle, Inc., TC Memo 2014-146)

The retailer appealed, and based on IRS concessions, the only unresolved issue on appeal was whether the “fact of the liability” was fixed at year’s end. In other words, before the end of the tax year, had the retailer become liable to pay the discount to its customers who had purchased qualifying groceries under the program?

On May 6, 2016, the Third Circuit Court of Appeals found that the retailer’s liability in this case attached when a customer made qualifying purchases under the program. (Giant Eagle, Inc., 117 AFTR 2d 2016-1476) It applied a Pennsylvania Superior Court’s decision to show that the retailer entered into a unilateral contract with each shopper at checkout, thereby incurring liability to provide discounted gas at that time.

The appeals court found it irrelevant that neither the total amount of the retailer’s anticipated liability nor the identity of all the customers who eventually applied discounts toward gasoline purchases could conclusively be identified at year’s end. The court acknowledged there was some possibility that the claimed deductions would overstate the value of the rewards its customers ultimately redeemed, but that the retailer significantly mitigated that risk by tracking its customers’ monthly redemption rates and offsetting the deductions accordingly to account for prospective non-redeemers.

Overall, the appeals court was convinced that the retailer demonstrated the existence, as of year’s end, of both an absolute liability and a near-certainty that the liability would soon be discharged by payment. The court found the retailer’s method for calculating the deduction reasonably took into account the chance of non-redemption with “reasonable accuracy.” It noted that this is all that’s required to satisfy the tax code’s “all events” test. Therefore, the retailer was entitled to deduct its program-related liabilities incurred during the years at issue.

Now the IRS has announced its nonacquiescence with the Third Circuit’s holding that all events fixing a liability for federal income tax purposes occurred when the discount fuel purchase coupons were issued to a customer for retail grocery purchases.

The tax agency stated this case is controlled by the Supreme Court’s 1987 opinion in General Dynamics Corp., which held that a taxpayer may not “deduct an estimate of an anticipated expense, no matter how statistically certain, if it is based on events that have not occurred by the close of the taxable year.” Thus, the IRS said, although a customer’s purchase of $50 worth of groceries obligated Giant Eagle to provide a 10 cents-per-gallon discount on a future purchase of gasoline, the discount itself wasn’t absolute until the customer actually purchased gasoline.

The IRS also said that the Third Circuit misconstrued three cases that it cited as support for its holding. In all three cases, according to the IRS, the taxpayer was permitted to deduct a liability where the amount of the liability was unconditionally fixed. The only contingency in these cases was the identity of the individual or individuals who would receive payment from the taxpayer or the point in time when the payment would be made. In contrast, the Pennsylvania precedent relied upon by the Third Circuit didn’t fix the amount to be paid by the retailer. It only created the contractual obligation to pay in the event the discount coupons were redeemed with the purchase of fuel.

Accordingly, IRS said, it disagrees with the decision. However, it recognizes the precedential effect of the decision to cases appealable to the Third Circuit and therefore will follow it with respect to cases within that circuit if the opinion cannot be meaningfully distinguished. It will continue to litigate its position in cases in other circuits.