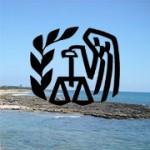 Despite reduced resources due to recent budget cuts, the IRS is continuing its efforts to deter illegal tax evasion schemes. Instead of announcing its annual list of the “Dirty Dozen” tax scams for 2015 in one fell swoop, the agency is issuing a press release for each one spanning twelve days. One primary scam identified by the IRS is the practice of hiding money or assets in unreported offshore accounts.

As authorized by the Financial Crimes Enforcement Network (FinCEN) of the Treasury Department, a U.S. person is required to file a Report of Foreign Bank and Financial Accounts (FBAR) if:

For this purpose, a “U.S. person” includes U.S. citizens; U.S. residents; entities, including but not limited to, corporations, partnerships, or limited liability companies, created or organized in the United States or under U.S. laws, and trusts or estates formed under the U.S. laws.

“The recent string of successful enforcement actions against offshore tax cheats and the financial organizations that help them shows that it’s a bad bet to hide money and income offshore,” said IRS Commissioner John Koskinen in the press release. “Taxpayers are best served by coming in voluntarily and getting their taxes and filing requirements in order.”

To help facilitate cooperation among taxpayers, the IRS has created the Offshore Voluntary Disclosure Program (OVDP). It recently expanded streamlined procedures and added other modifications to the program to encourage more tax dodgers to use it.

The first Offshore Voluntary Disclosure Program (OVDP) was initiated in 2009. Since that time, it has produced more than 50,000 disclosures and the IRS claims to have collected more than $7 billion from the initiative. In conjunction with the disclosures, the IRS has conducted thousands of offshore-related civil audits, producing tens of millions of dollars. Additionally, the IRS has pursued criminal charges against individuals who evade taxes using unreported offshore accounts, leading to billions of dollars in criminal fines and restitutions.

Under the OVDP, taxpayers are required to file all original and amended tax returns, as well as information returns such as the Report of Foreign Bank and Financial Accounts, commonly known as the FBAR (see sidebar at right). The program imposes payment for back taxes and interest for up to eight years in addition to any other applicable IRS penalties relating to accuracy and delinquency. Installment payments or an arrangement under an “offer in compromise” may be available to certain taxpayers.

Following the launch of the current program in 2012, the IRS announced several changes in the OVDP last year, expanding its streamlined procedures and adding other modifications.

1. Expanded Streamlined Procedures. Expanded procedures are available to a wider range of taxpayers living both inside and outside the country. The key changes include the following:

For eligible taxpayers residing in the United States, the only penalty that will be assessed is a miscellaneous offshore penalty equal to 5 percent of the foreign financial assets that triggered the tax compliance issue.

2. Additional Modifications. The IRS also implemented several other important modifications to the OVDP. Key changes include:

IRS Zeroes in on Scams

In recent years, offshore accounts are increasingly being used to lure taxpayers into illegal scams and schemes. In particular, numerous individuals have been identified as evading U.S. taxes by hiding income in offshore banks, brokerage accounts or nominee entities and then using debit cards, credit cards or wire transfers to access the funds. Others have employed foreign trusts, employee-leasing schemes, and private annuities or insurance plans for the same purpose.

The IRS uses information gained from its investigations to pursue taxpayers with undeclared accounts, as well as the banks and bankers suspected of helping clients hide their assets overseas. The nation’s tax collection agency works hand-in-hand with the DOJ to prosecute tax evasion cases.

Although there may be legitimate reasons for maintaining financial accounts abroad, the IRS points out that certain reporting requirements still need to be met. U.S. taxpayers who maintain such accounts and do not comply with the reporting requirements are breaking the law. Thus, they risk significant penalties and fines — even the possibility of criminal prosecution.

Since the inception of the OVDP in 2009, tens of thousands of individuals have voluntarily disclosed their foreign financial accounts. This has enabled them to take advantage of special opportunities within the U.S. tax system and resolve their tax obligations. With new foreign account reporting requirements being phased in over the next few years, hiding income offshore will become even more difficult. Contact your tax adviser if you are interested in the OVDP or have questions about it.