Investing in College: Tax Credits and Other Tips to Maximize Your Return 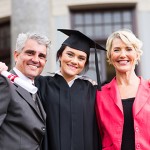 With the school year now in full swing, many people are thinking about ways to lower college costs for their children and grandchildren. The College Board estimates that the average cost of college for the 2013-2014 school year was $40,917 at private not-for-profit four-year colleges and $18,391 for state residents at public four-year universities. These figures include tuition, fees, room and board. But they don’t cover incidentals, such as books, supplies, transportation and personal expenses.

If college expenses increase at 1.5 percent annually over the next 18 years, a baby born in 2014 can expect to pay roughly $54,000 for his or her freshman year at a private university (or nearly $24,000 for a state resident at a public university). Statistics like these cause many people to question whether the benefits of obtaining a college degree outweigh the mounting costs.

Selection Criteria to Improve Your Return on Investment

Costs vary substantially from one college to the next. Many prospective students and their families select their educational institutions carefully to keep costs at bay. In addition to the school’s price tag, students should add these selection criteria to their list of must-haves:

Strong business ties. Pick a college that works with outside organizations to provide internships to students. Students may earn college credit, on-the-job training and extra spending money. In addition, interns who prove themselves worthy may receive job offers.

Career services. Many of today’s college graduates have trouble finding employment in their chosen fields of study. Pick a school that hosts job fairs and provides career services that help place students in paying jobs as soon as possible after graduation.

The study estimates that the net present value of these cash outflows and inflows over the average person’s career is roughly $300,000, assuming a 5 percent discount rate. After adjusting for inflation, this value has remained constant since the late 1990s.

The accounting payback period — the number of years it takes to recoup the initial cash outflows without considering the time value of money — is approximately ten years, according to the study. This metric has fallen over time and is near its all-time low, which supports the hypothesis that a college degree is a smart investment.

Of course, this study isn’t perfect. It assumes that a student will complete college in four years — although many students take five years (or longer) to graduate. It also assumes that college graduates will earn the “college wage premium” right away — although many of today’s graduates are unemployed or under-employed after graduation. And it fails to consider that the typical college graduate may possess innate skills and abilities that would enable him or her to earn more money, regardless of education level.

Part of the appeal of the Federal Reserve Bank of New York study, however, is that it frames the decision to pursue a college degree as an investment decision. The study looks at the run-of-the-mill scenario. However, students and their family members can take steps to improve the return on investment by lowering costs.

Tax credits can help lower costs by offsetting your tax bill dollar-for-dollar. (Note: The federal tuition and fees deduction for higher education costs expired Dec. 31, 2013. Under current law, the deduction is not available for tax years after 2013. However, tax credits are better than tax deductions, which simply reduce the amount of income that’s subject to taxes.)

A recent IRS news release urges students and parents to review the eligibility criteria for education tax benefits now, before the 2014 tax filing season begins. Two credits are available to taxpayers who pay qualifying expenses for an eligible student.

Eligible students include the taxpayer and his or her spouse and dependents who are enrolled in an eligible college, university or vocational program. Taxpayers don’t need to itemize their deductions in order to qualify for these credits. However, neither credit can be claimed by a nonresident alien, a married person filing a separate return or someone who’s claimed as a dependent on another person’s return.

Although you may qualify for both, you can only claim one credit per student in a given tax year. Here’s some information to help you decide which works best for your student.

The maximum annual American Opportunity Tax Credit is $2,500 per student. But the following rules and restrictions may limit your credit:

The maximum annual Lifetime Learning Credit is $2,000 per tax return. This credit is not refundable, so if you owe no taxes, you lose out on the benefit. Although the half-time student requirement does not apply to the Lifetime Learning Credit, the course of study must be either part of a post-secondary degree program or taken by the student to maintain or improve job skills. Other rules and restrictions include:

Applying For Your Credit

There are several differences and similarities between the American Opportunity Tax Credit and Lifetime Learning Credit. You can claim both benefits on the same return but not for the same student or same qualified expenses. In other words, there’s no “double benefit” allowed.

By the end of January, taxpayers should receive a Form 1098-T, Tuition Statement, from their educational institution(s) for the previous year’s tuition and other expenses. However, amounts shown on this form may differ from amounts taxpayers are eligible to claim for these tax credits. So, always consult with MBA to ensure you claim the correct amounts and to explore tax advantaged ways to educate your children and grandchildren.