The Ins and Outs of Deducting Legal Expenses 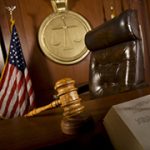 Legal expenses incurred by individuals are typically not currently deductible under the federal income tax rules. Instead, they’re most often treated as either personal outlays (which are nondeductible) or as part of the cost of acquiring an asset, such as real estate.

In the latter situation, legal costs usually aren’t deductible right away; instead, they may be capitalized and amortized over a number of years if the asset is used for a business or rental activity.

When Can You Claim a Nonbusiness Deduction for Legal Expenses?

As stated in the main article, an individual’s legal expenses aren’t usually deductible. But here are two more exceptions to the general rule that may apply, even if the expenses aren’t business-related:

1. Expenses for Production or Collection of Income and to Handle Tax Matters

You can deduct legal expenses incurred for 1) the production or collection of income, such as legal actions to collect unpaid wages and alimony, or 2) the determination, collection or refund of any tax. However, these types of legal expenses must be treated as miscellaneous itemized deduction items. Miscellaneous itemized deduction items can’t be deducted under the alternative minimum tax (AMT) rules and can be written off only to the extent they exceed 2% of your adjusted gross income under the regular tax rules.

You can claim “above-the-line” deductions for legal expenses incurred in certain discrimination lawsuits and for attempts to collect whistleblower awards. You don’t have to itemize expenses to benefit from above-the-line deductions — and they’re fully deductible under the AMT rules.

A recent U.S. Tax Court decision and IRS Private Letter Ruling (PLR) showcase exceptions to the general rule and when taxpayers may be eligible for current deductions for legal expenses.

In Ellen Sas v. Commissioner (T.C. Summary Opinion 2017-2), an employee who was fired by her employer was allowed to write off legal expenses as a miscellaneous itemized deduction.

Here, the taxpayer received a $612,000 bonus from her employer before being terminated for alleged breach of fiduciary duty. When the employer attempted to recover the bonus, the taxpayer counterattacked, alleging employment discrimination.

Eventually, all claims against the employee were dismissed, and she was allowed to keep the bonus. But she incurred almost $81,000 in legal fees — and wanted to deduct them on her personal tax return as part of the expenses for a business that she and her husband operated.

IRS auditors concluded that the legal expenses constituted unreimbursed employee business expenses, which should be classified as miscellaneous itemized deductions. This category of deductions can be claimed only to the extent that they exceed 2% of your adjusted gross income (AGI). But you’re allowed to combine unreimbursed employee business expenses with other miscellaneous itemized deduction items — such as job search costs, fees for tax advice and tax preparation, and expenses related to taxable investments — when attempting to clear the 2%-of-AGI threshold.

Important note: Miscellaneous itemized deductions are disallowed under the alternative minimum tax (AMT) rules. So, if you’re subject to the AMT, these deductions won’t benefit you.

The taxpayer took her case to the Tax Court. But it agreed with the IRS that the legal costs were unreimbursed employee business expenses because they arose from the taxpayer’s business of being an employee (albeit a former employee at the point they were incurred).

In a recent PLR, the taxpayer had experience managing closely held companies, and he had agreed to serve as the managing shareholder of a newly formed corporation in exchange for a management fee. After another shareholder became dissatisfied with the corporation’s performance, the taxpayer was sued for alleged breach of contract, breach of fiduciary duty and fraud.

The taxpayer incurred legal fees to unsuccessfully defend against these charges and unsuccessfully appeal the initial court decision against him. In addition, he paid fees to accounting consultants and an expert witness. And, he had to pay court-ordered compensatory and punitive damages to his legal adversary, as well as the adversary’s legal fees.

The taxpayer wanted to deduct all of these expenses, which clearly originated in the conduct of his business as the managing shareholder of the troubled corporation. Therefore, the IRS concluded that the taxpayer’s payments to satisfy the final judgment against him (including compensatory and punitive damages and his adversary’s legal costs) and his own legal expenses and related costs to unsuccessfully defend against the claims could be currently deducted as business expenses.

Important note: This conclusion won’t necessarily apply to other taxpayers in the same or a similar situation. By requesting a PLR, a taxpayer asks the IRS, for a fee, to provide guidance on federal income tax questions. PLRs interpret and apply tax laws to that particular taxpayer’s specific set of facts. A PLR helps eliminate uncertainty before the taxpayer’s return is filed — and it’s binding on the IRS if the taxpayer fully and accurately described the proposed transaction in the request and carries out the transaction as described. Technically, a PLR can’t be relied on by other taxpayers. However, as a practical matter, PLRs are often used by tax professionals as guides to the IRS position on issues.

Individuals will sometimes incur legal expenses that are legitimately business-related and, therefore, deductible. But, if you’re audited, the IRS will routinely disallow legal expense deductions unless you can adequately prove that the expenses are indeed business-related (including related to the business of being an employee). In the right circumstances, your tax advisor can help you put together evidence to support deductible treatment for legal expenses.