Industries that Could Be Booming as the Baby Boomers Age 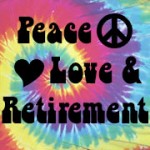 The Baby Boomers generation — a population “boom” of nearly 80 million people born from 1946 to 1964 — has been affecting consumer market trends for decades. Now they’re ushering in a new wave of trends as they transition to the next stage of their lives as retirees, grandparents and mentors. But as consumers, their attitudes and buying habits are often unlike those of preceding generations.

One sector that has grown alongside baby boomers is residential construction. In the 1980s and 1990s, many Baby Boomers built large, two-story homes in which to raise their families that were located in high-paying job markets. Now empty nesters, many Boomers plan to downsize and relocate to cities with warmer weather and lower costs of living.

In December 2014, the National Association of Realtors (NAR) named the following 10 U.S. markets those with highest appeal to Baby Boomers:

NAR’s list is alphabetical and was determined based on such factors as state and local taxes, job market conditions, migration patterns, cost of living and housing supply.

Residential construction companies that customize their designs to meet these needs and plan new senior-friendly communities in these and other locales are positioned to thrive in the coming years.

On average, people in this generation will live longer than any previous generation, and they collectively control an estimated 70 percent of the nation’s disposable income, according to consumer research firm Nielsen. A recent spotlight report, Booming: Industries Benefiting from the Aging Population, published by IBISWorld, provides examples of industries that are positioned to take advantage of this generation’s spending habits. Even if your business doesn’t operate in one of the industries mentioned in the IBISWorld report, focusing on how you might better serve the evolving needs and wants of Baby Boomers could reap a significant payoff.

Here are six emerging market trends and some examples of the specialty niches that stand to profit from the aging baby boomer population:

The youngest Baby Boomers turned 50 last year, and the oldest will turn 70 in 2016. Many employed Boomers expect to retire over the next decade, requiring their employers to find suitable, skilled replacements. This could worsen labor shortages in certain industries — such as manufacturing and trucking — that employ a significant number of Baby Boomers.

On the other hand, self-employed Baby Boomers may hold assets or stock that they plan to sell to fund retirement. As these business owners plan their exit strategies, IBISWorld expects financial advisers, tax planners and business appraisers to experience a boom in revenue growth.

After they leave the workforce, many retirees will spend their savings on “bucket list” items while they’re still healthy and mobile. As a result, upscale international tour and cruise companies offering trips to such places as Machu Picchu, the Great Wall of China, Ireland, Australia and the Greek Isles are likely to see revenue growth.

In conjunction with this trend, IBISWorld also predicts an uptick in revenue for travel insurers who provide trip cancellation, delay protection, emergency medical and accidental death coverage. Baby Boomers with pre-existing conditions may be willing to pay higher premiums, contributing to the expected growth of travel insurers.

With extra time on their hands, some retirees are expected to volunteer to help their favorite charities or mentor younger generations in business or life skills. This is good news for not-for-profit entities, such as churches, homeless shelters, animal adoption agencies and educational organizations.

Baby Boomers are among the most generous demographics when it comes to donating cash, vehicles and other assets, according to the latest Giving USA study. But many Baby Boomers also want to be actively engaged in philanthropic activities to foster self-worth and give back to their communities during their retirement years.

Not every Baby Boomer plans to retire to a life of leisure after leaving corporate and other jobs, however. Some wo;; decide to start their own businesses, especially middle managers who left involuntarily during the recession and have the requisite capital and experience to be self-employed. Rather than return to the “rat race,” they may opt to pursue alternative careers, often based on a hobby or special interest that provides freedom and flexibility. The Small Business Administration calls these startups “Encore Entrepreneurs,” and they are likely to further increase revenue for other types of businesses.

Never call a Baby Boomer “old,” although some might be retirees and grandparents. The average Boomer feels nine years younger than his or her chronological age, according to a report by Pew Research Center. As a result, this generation tends to be more active, adventurous and independent than previous generations. Specialty niches that are benefiting from these traits include manufacturers of cosmeceuticals (cosmetics with anti-aging additives), yoga and Pilates studios, chiropractors, orthopedic clinics and plastic surgeons.

Due in part to a focus on health, Medicare beneficiaries became eligible for “wellness” visits to their doctors in 2012, providing an increased focus on nutrition, supplements, sleep and exercise. Health food stores and nutritionists are also helping Boomers pursue preventive care to help keep chronic illness at bay.

6. A Spoon Full of Sugar

IBISWorld predicts that Baby Boomers, when they do get sick, will demand more frequent and better quality medical care. Companies that are expected to thrive as the health of Baby Boomers deteriorates are those focused on minimizing medical costs and facilitating new treatments, such as:

Concierge doctors. These practices, also known as boutique or retainer-based providers, charge fixed fees and take on a limited number of patients. The upside for patients is enhanced, more personalized access to physicians and special services. The upside for the doctors is that they receive more money for seeing fewer patients and gain more control over the way they practice medicine.

Pharmacy benefits managers (PBMs). These third-party administrators help contain the cost of prescriptions by handling all aspects of benefit plans, including negotiations with pharmaceutical companies for discounts, retail networking and claims processing.

Medical marijuana stores. In states where it’s legal, medical marijuana is prescribed for many of the ailments that affect people over 50, including cancer, glaucoma and Alzheimer’s disease. IBISWorld expects the medical marijuana market to grow at an annualized rate of approximately 27 percent over the next five years.

The IBISWorld report and this article highlight just a few examples of current market trends caused by the aging Baby Boomer population. But creative business owners can brainstorm many other products and services that will appeal to this influential demographic. In doing so, it’s important to look to the future. In another decade or two, the needs of Baby Boomers may start to include such offerings as home health care, independent living facilities and even funeral services.

In the meantime, who says Baby Boomers need to age gracefully? Barack Obama, Bill Gates, Holly Hunter, Johnny Depp and Madonna are just a few examples of iconic Baby Boomers who are redefining aging. As many people in this demographic near the traditional retirement age, they’re revolutionizing consumer market trends. Businesses that capitalize on current trends and stay one step ahead of the demand curve stand to reap a healthy return on investment.