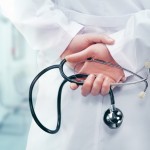 New research has shed light on the current state of affairs in the HSA world. As noted, the pace of HSA formation has picked up. A survey by the industry group “America’s Health Insurance Plans” (AHIP) found 28 percent of the nearly 400,000 HSAs in existence at the end of 2012 were established that same year. In fact, the number of total accounts had nearly doubled from just two years prior.

In order for you and your employees to have a health savings account, it needs to be incorporated into a high-deductible health plan. Specifically, the health plan in 2014 must:

Keep in mind, some of these limits are tied to inflation.

In addition, employees cannot be covered by any other health plan (for example, a spouse’s plan), although they can have supplemental ancillary coverage for vision, dental, specific diseases and insurance that provides a fixed cash benefit for hospital stays.

For 2015 the HSA figures are modified for inflation.

HSA contributions, which can be made both by employees and employers, are tax deductible, earnings on saved amounts are also not taxed, nor are the funds taxed when withdrawn to pay for eligible medical expenses. Eligible expenses include long-term care insurance premiums, COBRA payments and health insurance premiums when individuals are collecting unemployment compensation.

Today’s annual limits on HSA contributions are $3,300 for individual coverage, and $6,550 for family coverage (for 2015 these limits rise to $3,350 and $6,650 respectively). While those numbers may seem small compared to what can be parked in a 401(k) plan, the tax benefits, as noted above, are far better since pretax 401(k) contributions and investment returns are taxable.

The Employee Benefit Research Institute recently published some eye-popping estimates of savings on federal income tax that HSAs can generate over the long haul. In what may be a somewhat extreme example, an employee who is in the top tax bracket and salts away the maximum allowable contribution each year, does not take any money out before retiring after 40 years, would save $420,000 in federal taxes if HSA earnings averaged 7.5 percent — a long-term investment return assumption used by many pension actuaries. State tax savings would vary by state.

In that best-case scenario, the total accumulation in the HSA would be about $1.1 million — enough to put a serious dent in post-retirement medical expenses not covered by Medicare.

Employees who change jobs can hang on to their HSAs, although they can’t make contributions unless their new employer has a qualifying high-deductible health plan.

If you scale back the duration and size of contributions, plus the investment return assumptions, the projections aren’t quite so impressive. Even so, there is no denying the power of an HSA’s triple tax benefits.

Realistically, only the highest paid employees will be able to take full advantage of an HSA, because maximizing the tax free savings requires not tapping into the HSA to pay for medical expenses before retirement. That is reflected in the AHIP survey data. Some highlights:

Still, none of this is to suggest that HSAs are not of value to employees who can’t afford to max out their contributions and leave them untouched until retirement. They still benefit from paying a considerable portion of medical expenses subject to the plan’s high deductible with pre-tax dollars — an immediate tax benefit.

HSAs have grown in use partly because of the increased popularity of high-deductible health plans, which must exist before an HSA can be established. For some employers, HSAs are akin to a mere bonus on top of the benefits of high-deductible plans.