How to Prevent a Struggling Business from Crumbling 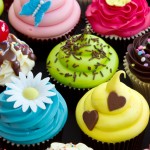 Once upon a time, Crumbs Bake Shop was the sweetheart of New York City. It started in 2003 as a mom-and-pop bakery on New York’s Upper West Side and eventually grew into the nation’s largest cupcake retailer, peaking at 70 stores. In 2010, Crumbs was included on Inc. Magazine’s list of 500 fastest growing companies. In 2011, it was acquired for $66 million by a holding company that took the company public at a price of $13 per share.

Fast-forward three years and Crumbs’ stock price had fallen to just $0.15 per share in June 2014. So, what made this cupcake retailer crumble?

The most important way to beat financial distress is to recognize the early warning signs. These include not only deteriorating profits and negative operating cash flows, but also:

According to reports, Crumbs’ failure might be blamed on a combination of factors including:

Sure, people were crazy for cupcakes after a bunch of television shows popularized them. But how many people need a cupcake to start the day (unlike coffee)? Realistically, $4 cupcakes are an occasional guilty pleasure or a novelty item. Moreover, do you really need 3,300 square feet of retail space to sell cupcakes (like one Crumbs’ outlet near Chicago)?

Management’s other big sin might have been over exuberance. Crumbs focused on being the biggest and trendy, losing sight of its founder’s strategy: “The goal was to have a neighborhood bakery where I knew everybody and their kids, and I made all their birthday cakes.” In pursuit of growth, Crumbs may have lost sight of its cozy, neighborhood feel.

The Writing on the Walls

Crumbs showed signs of impending trouble for years. Since its initial public offering, the company saw a steep decline in profitability. Same-store sales plummeted as the firm pursued massive expansion plans, suggesting an over-saturated market. The company reported a $7.7 million loss in 2012 and a $15.3 million loss in 2013. In recent years, Crumbs closed under-performing stores and licensed cupcake-related products for sale in grocery stores. But these last-ditch efforts turned out to be too little, too late.

In its March quarterly statement, the company posted an accumulated deficit of $28.8 million. Shortly after the NASDAQ delisted it, Crumbs closed all of its remaining 50 retail stores in 10 states and the District of Columbia. Delisting signals to investors that a company is in trouble and may cause creditors to call its credit lines and rating agencies to downgrade its credit score. So at this point, bankruptcy seems like the most probable course of action for the cupcake giant.

When filing for bankruptcy, companies have two options:

1. Chapter 7 bankruptcy (liquidation). This is what typically comes to mind when you hear the word “bankruptcy.” A court-appointed trustee sells the company’s assets and distributes proceeds to creditors in a specific order set forth in the bankruptcy code. Businesses that file under Chapter 7 generally close their doors forever.

2. Chapter 11 bankruptcy (reorganization). Some bankrupt companies continue to operate. Under Chapter 11 filings, the company retains its assets as a “debtor in possession.” Meanwhile, owners relinquish control to a court-appointed turnaround specialist who works with creditors and the bankruptcy court to come up with a turnaround plan. A court-imposed reorganization protects the company’s assets from creditors until the plan is devised and approved. Companies that file for Chapter 11 filings also can renegotiate existing debts and contracts, including leases and union contracts. Examples of companies that survived Chapter 11 filings in the last decade include Delta Air Lines, General Motors, Sbarro and Eddie Bauer.

Other distressed businesses opt for out-of-court turnarounds, which tend to be less expensive and structured than formal bankruptcy proceedings. For example, Starbucks never reorganized under Chapter 11, but has suffered some rocky years.

Like Crumbs, Starbucks expanded rapidly in the early 2000s with nearly 15,000 stores by 2007. Worried that coffee was too trendy, Starbucks diversified into music, accessories and food. When the recession caused profits to nosedive, the company’s founder returned to the helm and re-focused on Starbucks’ core product: premium coffee. He also diversified by selling coffee in packages that customers could make at home or in the office. And he made painful cuts, laying off baristas and closing unprofitable locations. Now, Starbucks is positioned more like a local gourmet coffee shop, rather than a competitor with inexpensive coffee outlets, such as McDonalds and Dunkin’ Donuts.

If your company starts experiencing the early warning signs of financial distress (see right-hand box), it’s time to assemble a turnaround team and select a chief restructuring officer (CRO) to lead it. The best CRO candidate may be an objective third party, such as an accountant or attorney, who can offer fresh ideas and has previous experience turning around other struggling firms.

His or her initial charge will be to regain control over daily operating cash flow. By collecting cash faster than it goes out the door, the CRO gives the team breathing room to devise a turnaround plan. Buy-in of management, lenders and other outside stakeholders is essential to a successful turnaround effort. Often creditors may need to restructure — or even partially forgive — debt to keep a distressed business afloat.

Another reason a third party is a good choice for a CRO is that they’re generally more objective and unemotional when it comes time to make difficult cuts, such as closing stores, laying off workers and reducing fringe benefits. Turnaround specialists also are familiar with how to analyze labor pool demographics to minimize discrimination lawsuits related to layoffs.

Looking at the Big Picture

Ultimately, a disciplined long-term strategy is what makes (or breaks) a turnaround plan. Most companies need to refocus on core operations and reposition their brands, as the Starbucks example demonstrates. Although many people criticize Crumbs for its myopic focus on cupcakes, several other brands — such as Cinnabon and Annie’s Pretzels — have operated profitably for years without diversifying their offerings. A turnaround is usually not the time to experiment with new, untested ideas that can drain company resources.

Part of refocusing on core operations is liquidating non-core assets. But, some businesses take it a step further and decide to sell the entire company to a strategic buyer who is particularly interested in certain key assets, such as the distressed company’s customer base, facilities and assembled workforce. A valuation professional can help management understand the market values of these intangible assets in an orderly liquidation.

One Size Doesn’t Fit All

Only time will tell if Crumbs Bake Shop will be able to pick up the pieces. Turnarounds often necessitate management shakeups, painful cuts and implementation of a disciplined strategy. Advisers who specialize in bankruptcy consulting have learned what works and can implement a systematic plan that best fits a struggling business.