How Much Does it Cost to Raise a Child? Plenty 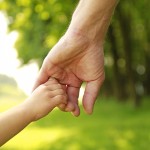 Back-to-school shopping is just one example of how expensive it can be to raise a child. Today’s youngsters want more than pencils and gym shoes to start the school year. Kids also expect (and often get) cell phones, personal computers and designer jeans. The costs continue to mount as you sign up your children or grandchildren for after-school care, piano lessons, Boy Scouts and travel soccer — not to mention holiday expenses and spring break vacations. It’s no wonder most modern households require two incomes to stay afloat!

Don’t Forget the Cost of College

Since the USDA report only covers raising a child through age 17, it does not include the cost of post-secondary education. In its latest report, the College Board found the annual cost of a public college is $18,390 while a private college will set you back $40,920. These are only average costs. There are many private universities where parents are paying more than $60,000 a year.

With the ever-rising cost of college, today’s parents may spend just as much on education as they did on the “necessities” covered in the USDA report.

There may be tax advantaged ways to help pay for the cost of college. Ask your tax adviser for some strategies in your situation.

The cost of raising a child until age 18 in the United States continues to rise every year.

The U.S. Department of Agriculture recently released its annual Expenditures on Children and Families report, which showed the cost of raising a child born in 2013 for a middle income family is estimated at a hefty $245,340 ($304,480 for projected inflation).

That figure represents a 1.8 percent increase from 2012, and covers food, housing, child care, education and other child-rearing expenses. However, it does not include high-end items such as braces, camp (day or overnight), a car, or the cost of college. The average annual cost of college is now $18,290 for public institutions and $40,920 for private schools (see right-hand box).

The data show that child-rearing costs rise as the children age. That’s when their appetites increase — it’s not uncommon for a teenager to drink a gallon of milk every couple of days — and their “toys” become more expensive.

While the total cost increased from 2012, the percentages spent on each expenditure category remained the same. And as in the past, the costs by location are lower in the urban South ($230,610) and rural ($193,590) regions than elsewhere in the country. Families in the urban Northeast incurred the highest costs to raise a child ($282,480).

“In today’s economy, it’s important to be prepared with as much information as possible when planning for the future,” USDA Food, Nutrition and Consumer Services Undersecretary Kevin Concannon said in a prepared statement. “In addition to giving families with children an indication of expenses they might want to be prepared for, the report is a critical resource for state governments in determining child support guidelines and foster care payments.”

Since 2008, the USDA has calculated average child care and education costs using data solely from the families who spent in this category.

To gather data for the report, the USDA takes data from the Consumer Expenditure Survey, which is “the most comprehensive source of information available on household expenditures.” Data from that report — mainly the annual costs of certain child-rearing expenses — is compared and contrasted to determine an accurate estimation of what a family will spend on a child born in 2013 during its lifetime. For 2013, the USDA estimates, a family will spend $12,800 to $14,970 on a child annually.

Of course, that number varies depending on the child’s age as well as the total family income.

The report also found that the single most expensive expenditure for middle-income families is housing, with child care and education accounting for the second-largest expense. That’s followed by food costs. Growing kids need to eat.

In 1960, when the USDA began issuing its annual Expenditures on Children by Families report, a middle-income family could expect to pay just $25,229 ($198,560, in 2013 dollars) to raise a child from birth to age 17. When costs are adjusted for inflation, families spent almost 24 percent less to raise children in 1960 than in 2013. Why? Health care expenditures have doubled from 1960 to 2013. And some current costs — such as child care — were hardly on the radar when the study began.