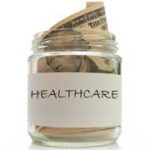 A complex federal regulation known as the Department of Labor (DOL) Fiduciary Rule is scheduled to begin phasing in on April 1. The thrust of the new rule, which has been in the works for several years, has been significantly modified from its original version. The rule pertains to investment advice given to employees covered by plans subject to the Employee Retirement Security Act (ERISA), such as 401(k)s as well as individual retirement accounts (IRAs are not generally covered by ERISA).

The goal of the regulation is to make the regulation guidelines more objective, so that employees aren’t led to choose retirement investments that are lucrative for financial advisors to sell, but costly for retirement savers to own. The rules do so by subjecting advisors to a fiduciary standard of care, a higher standard than that which advisors who sell investments are currently held to (known as the “suitability standard”).

An advisor with fiduciary status can more easily be held liable for bum advice than one who doesn’t have that status. Fiduciaries need to consider a multitude of factors in recommending investments, and only suggest those deemed in the employee’s best interest. How the choice impacts the advisor should not be a factor.

The fiduciary regulations do, however, leave an escape hatch for advisors who enter into a “best interest contract exemption” agreement with retirement savers that is intended to have the same ultimate outcome as fiduciary responsibility.

While the fiduciary rule’s applicability to retirement plans has been in the news for several months, its relevance to HSAs hasn’t received attention. That’s likely because it was buried in 600 pages of regulations.

The context is the increasing popularity of HSAs offered in conjunction with high-deductible health plans. While most employees park funds in HSAs on a “triple tax free” basis to pay for medical expenses incurred before they hit their plan deductible, others have longer-term savings in mind.

Employees who can afford to keep funds in their HSAs for the long term, either through financial self-discipline or good luck in not having a lot of medical expenses to pay for out of pocket, can enjoy some serious tax benefits. The triple tax benefit is as follows:

2. When HSA dollars are withdrawn to pay for covered medical expenses, not only is that money not considered taxable income to the employee or retiree, but

3. Neither are investment earnings accrued in their accounts.

That’s better than a Roth IRA, which provides tax-free dollars at the back end, but contributions are taxed at the front end.

An estimated $5.4 billion of the entire $36.4 billion in HSA assets (that is, 15%) are parked in investment accounts, instead of merely in cash accounts. Putting HSA dollars in an investment account is indicative of an employee’s intention not to tap into those dollars right away. The proportion of invested HSA dollars has been projected to grow to 18% in 2018.

So where does the fiduciary rule fit in? Depending upon the level of your involvement and interaction with employees with respect to the HSA assets, you can be deemed a fiduciary, even though an HSA isn’t technically an ERISA plan. However, it can gain ERISA status on a de facto basis if you get deeply involved in how it’s run and in communicating with employees.

Here are some of the telltale signs of an HSA that puts employers in the fiduciary hot seat:

One way the third-party administrators can minimize their own liability — as you can, too — is to make sure that informational materials pertaining to HSA investments given to employees are educational only, not advisory.

It’s also critical that nobody in your own organization, nor the company itself, is compensated directly or indirectly (such as through revenue-sharing agreements) for any of the HSA investment choices placed before employees.

As noted, the anti-regulation theme of president-elect Trump’s campaign suggests his administration will take a close look at regulations. There also has been litigation seeking to block their implementation, as well as rumblings in Congress about doing the same thing. The focus of the discontent isn’t about HSA investments, but that the potential employer liability for how HSAs are managed could be impacted.

The regulations are complicated and nuanced. Consult with an attorney to ensure that you are taking proper precautions to avoid being negatively impacted by them.