Harnessing the Power of the Internet Today and Tomorrow 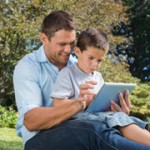 Over the last two decades, the Internet has become an increasingly important part of our everyday lives. Now that Internet penetration levels are nearing saturation for many demographic groups, many technology experts are speculating about how the Internet will continue to affect our personal and work lives over the next 10 years. Here’s a closer look at who’s currently using the Internet and where the “Internet of Things” may be headed by 2025.

In March 2014, the U.S. Department of Commerce announced plans to complete the privatization of the Internet’s domain name system. Originally, the department’s contract with an international not-for-profit organization known as Internet Corporation for Assigned Names and Numbers (ICANN) was set to expire on September 30, 2015. However, it has become increasingly apparent over the last few months that more work is needed before the government is willing to hand over the reins to an unspecified group of private international stakeholders as planned.

So, the Commerce Department has extended its contract with ICANN for one year, to September 30, 2016. It also has options to extend the contract for up to three additional years if needed.

How Long Have You Been Surfing the Net?

In October 1995, the Federal Networking Council coined the term “Internet.” Over the 20 years that followed, the Internet has exploded, making individuals and businesses more efficient, informed and penny-wise. It shatters many of the geographic boundaries that limited the growth of small businesses. It has enhanced our abilities to communicate via email and social media, access and research data, and buy and distribute products. Unfortunately, opportunistic individuals have also used the Internet to monitor behaviors, infringe privacy rights and even commit fraud.

The widespread use of the Internet wouldn’t have been possible without the creation of technology known as the “World Wide Web.” Last year, the Web celebrated its 25th birthday. Although many people use the terms “Internet” and “Web” interchangeably, they’re technically different. The Internet is an infrastructure that connects networks across the globe. The Web is a way for users to transmit data over the Internet using a uniform resource locator (URL), such as irs.gov or fasb.org. But, for simplicity’s sake, we’ll use the term “Internet” to refer to both.

Who’s Who on the Internet

Increasingly, Americans from all walks of life have made the Internet a part of their daily lives. Earlier this summer, a Pew Research study reported that 84% of adults in the United States use the Internet on a regular basis — up from just 52% in 2000 and 76% in 2010. Here are some characteristics that affect Internet usage, according to Pew Research’s study Americans’ Internet Access: 2000 – 2015:

Education level. Higher levels of education equate with higher Internet penetration rates. Today, 95% of college graduates use the Internet, compared with 66% of people who haven’t completed high school. In 2000, 78% of adults with at least a college degree used the Internet and only 19% of people without a high school diploma used it.

These characteristics often overlap. For instance, rural communities tend to have a higher proportion of residents who are older, have lower income and have attained lower levels of education.

Integration of the Internet into people’s daily lives has grown significantly for all groups. Moreover, the gap in penetration rates for different demographics seems to be closing. The affordability of smartphones has helped people with lower levels of income and education access the Internet. Many of these individuals are “smartphone-dependent” for Internet access.

Wave of the Future

People currently have many options for accessing the Internet, including personal computers, smartphones, tablets and other mobile handheld devices. Tech-savvy people with extra disposable income are already adopting the next wave of online technology: Wearable computing devices, such as Fitbit, Apple Watch and Google Glass. In 2013, 13 billion devices were connected to the Internet. By 2020, the number of Internet-connected devices is expected to grow to 50 billion, according to technology company Cisco.

Another Pew Research study, 2014 Future of the Internet, predicts, “The growth of the Internet of Things and embedded and wearable devices [will] have widespread and beneficial effects by 2025 … resulting from amplified connectivity [that] will influence nearly everything, nearly everyone, nearly everywhere.” To expedite the adoption of these technologies, future smartphones and wearables are expected to be easier to type on and have improved speech and gesture recognition capabilities.

The “Internet of Things” is a catchall phrase for all of the devices, appliances, vehicles, wearables and sensors that connect to each other and feed data back and forth. It will present users with numerous opportunities and challenges as more parts of our environment connect to the Internet. Here are some of predictions for the future of the Internet reported in the Pew Research study:

The Critics Chime In

Skeptical respondents to the Pew Research study doubt how much more the Internet realistically will change the lives of Americans now that penetration levels are nearing saturation. They contend that wearables are merely toys for the wealthy or tools in special purposes environments, such as prisons, hospitals and battlefields. They will be “handy but hardly life-changing.”

Others worry that, as the Internet expands, devices and users will be increasingly vulnerable to cyberattacks and fraud scams. Instead of making people smarter, critics argue, Internet-connected devices threaten our abilities to think freely, remember facts and make decisions. In short, the Internet of Things could cause people to “learn less but achieve more.” For example, a generation that relies exclusively on their smartphones to get from point A to point B may be getting there faster and more easily than less-smartphone-savvy generations. But what would happen if the grid suddenly went down? Would the smartphone-reliant generation be stranded? Would they know how to read a paper map?

Another problem could be the lack of standardization across online platforms. Without a single global standard to follow, companies are likely to duplicate effort and users will adopt different technologies and devices. This could make it harder to take advantage of the Internet’s full benefits.

Are You Ahead of the Curve?

The Internet of Things promises individuals a richer quality of life and presents numerous opportunities for businesses to become more productive and profitable. To reap these benefits, it’s important to understand how the latest Internet-connected devices work, as well as identifying and safeguarding against the potential risks.