Get a Better Handle on Bitcoin Tax Issues 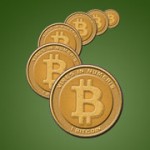 It’s not time to put your dollar bills into memory capsules yet, but the use of convertible virtual currencies — including the Bitcoin — appears to be on the upswing. In addition to announcements that Bitcoins will be accepted by some high-profile companies — such as Overstock.com, Microsoft and PayPal — another 80,000 other firms have reportedly jumped on the bandwagon. Granted, the trend hasn’t taken root yet in mainstream America. But many experts think that day is coming soon, possibly earlier than you might expect.

Highlights from the IRS Notice

Here’s a summary of the main tax issues related to using and holding Bitcoins under Notice 2014-21:

The character of gain or loss from the sale or exchange of Bitcoins depends on whether it’s a capital asset in the hands of the taxpayer.

A payment made using Bitcoins is subject to information reporting to the same extent as any other payment made in property.

Wages paid to employees in Bitcoins are taxable to the employee, must be reported by an employer on a Form W-2 and are subject to federal income tax withholding and payroll taxes.

Bitcoin payments made to independent contractors and other service providers are taxable and self-employment tax rules generally apply. When required, payers must issue Forms 1099 to Bitcoin recipients.

Unfortunately, Bitcoins have gotten a bad rap for price volatility, illegal use, vulnerability to technical glitches and cybertheft. In fact, the market value of a Bitcoin has plunged from a high of more than $1,100 in 2013 to roughly $270 in early March of 2015.

How Bitcoins will ultimately affect business and consumer transactions is still to be determined, including the federal income tax consequences of using and holding Bitcoins. The IRS issued a broad ruling last year, but further guidance is needed.

The origins of the Bitcoin can be traced back to 2009 — just six years ago — when a computer programmer (or group of people) known as Satoshi Nakamoto issued the first Bitcoins. (The exact identity of Satoshi Nakamoto is shrouded in mystery.)

Bitcoins have an equivalent value in real currency. They can be digitally traded between users and may be purchased for, or exchanged into, real currency such as dollars or euros. However, Bitcoins are not legal tender anywhere in the world. The most common ways to obtain Bitcoins are through virtual currency ATMs or online exchanges, which may charge nominal transaction fees.

Once you obtain Bitcoins, you’re able to use them to pay for goods or services by using Bitcoin wallet software installed on a computer or mobile device. When Bitcoins are used for purchases, the software digitally posts the transactions to the global public ledger, ensuring that the same unit of virtual currency can’t be used multiple times.

One reason some merchants accept Bitcoins is to avoid transaction fees charged by credit card companies and online payment providers, such as PayPal. They are also popular in some foreign countries, such as Argentina and Iran, where national currencies are susceptible to inflation, corruption, capital controls or international sanctions.

Because the Bitcoin supply is finite and capped at 21 million units, some investors are holding Bitcoins in the hope that they will appreciate in value over time. But the Financial Industry Regulatory Authority (FINRA), a non-government organization that regulates the financial services profession, advises that investing in Bitcoins is highly speculative and investors should not risk more than they can afford to lose.

Note that some of the remaining supply is being reserved for Bitcoin “miners.” These are people who provide computing power to verify and record virtual currency payments into the global public ledger. All Bitcoins are expected to be mined by 2140.

The IRS’s initial guidance on Bitcoins was provided in Notice 2014-21. It generally affirms that Bitcoins are not legal tender and are to be treated as “property” under the federal tax laws. Because the IRS says the general principles for property transactions apply, gain or loss is recognized every time that Bitcoins are used to purchase goods or services. This can result in a recordkeeping nightmare. What’s more, there’s no de minimis exception under the current rules. As you might expect, this treatment discourages frequent Bitcoin transactions.

The loss recognition element for Bitcoin transactions is especially troublesome. Loss deductions are allowed only when losses are incurred for business purposes or when investment transactions are entered into for profit. In addition, whether Bitcoins are held for investment or personal reasons may be difficult to determine, and further guidance is needed.

Taxpayers must also track Bitcoins carefully to minimize tax on their gains. Each Bitcoin purchase should be kept in a separate online wallet. If a taxpayer uses an account with multiple wallet addresses and that account is later combined into a single wallet, it may be extremely difficult to determine the initial basis of Bitcoins that are used in a later transaction.

At the same time, Bitcoin holders must properly account for basis. The value of Bitcoins has been extremely volatile since its inception. The default rule for tracking basis in securities is the first-in, first-out method (FIFO), but taxpayers may be able to use alternative methods. The IRS hasn’t yet ruled on the application of FIFO or the other basis identification methods for Bitcoins.

The character of gain or loss on a Bitcoin transaction depends on whether or not it is a capital asset in your hands. If it qualifies as a capital asset, the transaction is netted with your other capital gains and losses at tax return time, subject to the same general rules. Thus, the maximum long-term capital gains rate on Bitcoins may be 15 percent, or 20 percent for upper-income investors, and a gain may result in the imposition of an extra 3.8 percent surtax if net investment income exceeds an annual threshold.

It’s important to remember that the tax rules for Bitcoins and other virtual currencies aren’t written in stone. This area of the tax law will likely continue to evolve and future modifications, possibly even a reversal of prior rulings, would not be surprising.

The IRS is treating Bitcoins as property for tax purposes, at least for now, but many tangential issues remain unresolved. Expect to hear more from the federal government on this subject in the near future. Until then, tread carefully when using Bitcoins and keep the records required by the IRS as stated above. If needed, contact us for additional guidance.