Fraud toolbox: The nuts and bolts of financial statement fraud 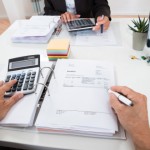 Financial statement schemes continue to rank among the most costly types of occupational fraud for all types of organizations. The costs frequently include more than just the loss of assets — victimized companies also may suffer lost shareholder value, lower employee morale, premature tax liabilities and reputational damage. You can help your clients minimize their risks and losses by understanding how and why financial statement fraud occurs — and how it can be uncovered.

The latest Report to the Nations on Occupational Fraud and Abuse compiled demographic information on more than 1,400 fraudsters. The findings indicate that the majority of occupational frauds (78%) were committed by staff at the managerial or employee level. But, not surprisingly, the frauds committed by owners and executives had the highest median loss ($500,000).

Some 7% of the fraudsters were in their first year on the job, and 53% had been with their organizations for more than five years. The longer the fraudster was with the company, the larger the losses typically were. Similarly, 52% of perpetrators were ages 31–45, but older fraudsters tended to cause larger losses. These figures coincide with the finding that greater losses are associated with fraudsters with higher levels of authority — and, in turn, more opportunity to commit costly fraud schemes.

The Report to the Nations on Occupational Fraud and Abuse published in 2014 by the Association of Certified Fraud Examiners (ACFE) found that only 9% of the fraud schemes in its survey involved financial statement fraud. Those cases clocked the greatest financial effect, though, with a median loss of $1 million. Moreover, in about 76% of the financial statement schemes, the perpetrator was also engaging in at least one other form of occupational fraud, such as asset misappropriation or corruption.

What makes financial statement fraud especially problematic is that the costs can easily snowball out of control, far beyond what was initially contemplated. For example, when an executive fudges the numbers to make a company appear more profitable, the company will likely incur greater liability for taxes or dividends. It might be necessary to take on debt to make those payments, leading to higher interest costs. Or an acquisition of a healthy company might be pursued to hide the actual underperformance. In the end, more fraud may be necessary to pay for the original fraud.

The ACFE defines financial statement fraud as “a scheme in which an employee intentionally causes a misstatement or omission of material information in the organization’s financial reports.” The methods for committing such fraud aren’t just limited to the overstatement or understatement of assets or revenues.

Some of the most prevalent schemes include:

Concealed liabilities. Here, liabilities or expenses are recorded improperly. For example, a fraudster might record revenue-based expenses as capital expenditures to increase net income and total assets for the current accounting period or omit significant expenses or liabilities to boost reported profits and working capital.

Fictitious revenues. Sales may be artificially reported or inflated. For example, perpetrators may record sales that are subsequently reversed in the next accounting period, or they may create phantom customers.

Improper asset valuations. Financial performance may artificially be enhanced by misstating the value of assets — such as failing to write off obsolete inventory — or inflating receivables by booking fictitious sales on account.

Improper disclosures. Fraud occurs when perps fail to disclose material information to mislead users of the financial statements. For example, they may fail to report pending litigation, a potentially material contingent liability.

Timing differences. Recording revenues in accounting periods different from those of their corresponding expenses can mislead investors.

Revenue recognition is a particularly ripe area for financial statement fraud. Early revenue recognition can be accomplished through several avenues, including 1) keeping books open past the end of the accounting period, 2) delivering products early, 3) recording revenue before full performance of a contract, and 4) backdating sales agreements. In addition, merchandise could be shipped to undisclosed warehouses and recorded as sales. In general, ask questions if a large percentage of revenue is recorded at the end of a period.

According to the ACFE, individuals who committed financial statement fraud were more likely to be under excessive organizational pressure compared with those who perpetrated corruption or asset misappropriation. Fraudsters may feel pressure to meet earnings expectations or satisfy merger criteria that are required to close a deal. They might commit financial statement fraud in an attempt to make the company look more profitable than it truly is, thereby boosting share prices, fulfilling loan covenants or allowing them to earn bonuses.

Help your clients help themselves