Fighting a Claim of Age Discrimination 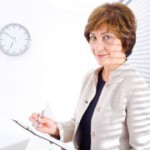 Robert Liebman was 49 years old when he was fired from his sales executive position in 2013. After his termination Liebman sued his employer, Metropolitan Life, on the basis of two laws: ERISA, the federal law which governs employee benefits and the Age Discrimination in Employment Act (ADEA).

When he took his case first to the U.S. District Court in Miami, the judge granted summary judgment to MetLife, basically rejecting Liebman’s arguments out of hand. Liebman then took his case to the U.S. Court of Appeals for the 11th Circuit.

In Liebman v. Metropolitan Life Insurance Company (No. 14-13197), the appeals court ruled that the trial court had acted too hastily, and sent the case back to retry it based on several key principles it had disregarded.

The Case as Seen by Two Courts

The ERISA claim was pretty straightforward. It arose because the plaintiff’s termination triggered a substantial reduction in his retirement benefits. ERISA prohibits employers from firing workers “for the purpose of interfering with the attainment of any right to which [the employee] may become entitled.” The age discrimination portion of the case was more complex.

One of the trial court’s reasons for summarily rejecting Liebman’s ADEA claim was that he was replaced by an employee who also was in the “protected class” age range (that is, at least 40 years old), specified by the law. Therefore, the court said Liebman couldn’t demonstrate that he was the victim of age discrimination. But the appeals court rejected the assertion, pointing out that the U.S. Supreme Court had already addressed that question.

The legal steps required for an employee to win an age discrimination case are as follows:

First, the employee must convince a trial court that he or she has a “prima facie” case (also known as a “case of first impression”). Doing so creates a presumption of age discrimination. When a plaintiff establishes a prima facie case, it means that, based on a preliminary review of the facts presented by both sides, the court concludes there’s reason to proceed with a full-blown trial. In Liebman’s case, by granting summary judgment for MetLife, the trial court ruled that the plaintiff failed the prima facie test. (More about this test below.)

Next, if a case survives the first round, the company needs to “proffer a legitimate, nondiscriminatory reason” for the termination. If the company successfully shows it didn’t discriminate, then “the burden shifts back to the employee to show that the employer’s reason [for the termination] is a pretext” for age discrimination, according to the appeals court. As of this writing that hasn’t yet occurred in Liebman v. Metlife.

In general, a plaintiff has to clear four hurdles to satisfy the prima facie test in an age discrimination case:

2. He or she was subject to an adverse employment action.

3. A substantially younger person filled the position from which he or she was discharged.

In the eyes of the trial court, Liebman failed to clear the third and fourth hurdles. Here’s an overview of how both courts saw these important issues.

Hurdle #3, age comparison. As noted, the appeals court rejected the trial court’s assertion that Liebman hadn’t been replaced by someone substantially younger. The employee who replaced him was nearly seven years younger, which, according to the appellate judge, was indeed substantial. To support that opinion the judge also cited other court rulings in which age differences as little as five and three years were deemed significant.

Hurdle #4, qualifications. The trial court believed Liebman failed the fourth test, based on testimony from the defendant, MetLife. The company asserted that the sales performance of Liebman’s department had been falling below expectations. The appeals court judge disagreed, reasoning that the employee’s long tenure with the company overall and his most recent role supported the inference that he was indeed qualified for his job.

Liebman presented evidence that he’d received awards for his job performance over the years. The trial court rejected them as “self-serving.” But the appeals court countered: “Even if a party’s statements are self-serving, that alone does not permit us to disregard them at the summary judgment stage.”

MetLife also stated that it had terminated Liebman due to the declining financial performance of the unit he led. This decline, they said, made it necessary for the company to economize by eliminating Liebman’s job and combining his duties with those already being performed by the younger employee.

The appeals court didn’t rule on the merits of this argument by the employer because MetLife hadn’t passed the prima facie test.

Naturally there are times when an employee in a protected class needs to be fired. Before you do so, take time to consider the situation based on the four-part prima facie test. If there’s any doubt your company could stand up to this test, run the details of the proposed termination by your legal counsel. It could mean the difference between an effective personnel change and a lengthy and expensive court battle.