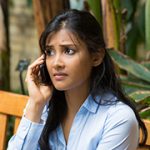 Do you dread getting phone calls from unfamiliar sources? It seems that callers are more likely to be aggressive solicitors, pushy telemarketers or even devious con artists than legitimate business people. Criminals typically target the elderly, disabled people or immigrants, threatening them with fines, penalties or deportation if they don’t make payments to the callers. In some cases, unsuspecting victims lose their entire life savings.

How to Handle Suspect Calls

The FTC has some concrete advice to follow when a telemarketer calls. Ask yourself the following questions:

Who’s calling…and why? By law, telemarketers must tell you that they’re making a sales call, the name of the seller and what they’re selling. If you don’t hear this information, get off the phone.

What’s the hurry? Fast talkers using high-pressure tactics could be hiding something. Take your time. Most legitimate businesses are willing to provide written information about an offer before asking you to commit to a purchase.

If it’s free, why do I have to pay? Be suspicious if you’re asked to pay to redeem a prize or gift. Free is free. If you have to pay, it’s a purchase — not a prize or a gift.

Why do I have to “confirm” my account information? Some callers have your billing information before they call you. They may be trying to get you to say, “OK,” so they can claim you approved a charge.

What time is it? Legally, telemarketers can call only between 8 a.m. and 9 p.m. A seller calling earlier or later is ignoring the law.

Do I want to stop these calls? If you don’t want a business to call you again, say so and register your phone number on the National Do Not Call Registry. If they call back, they’re breaking the law. Of course, they still may not be deterred, so follow up with the FTC.

The FBI recently exposed a telephone scam involving dozens of individuals and entities that were indicted by a grand jury in Texas. The defendants were allegedly involved in a transactional organization that victimized tens of thousands of U.S. residents through frauds that caused hundreds of millions of dollars in losses.

Unfortunately, telefraud remains a common and persistent problem in this country. Victims are often reluctant to report such fraud, due to embarrassment and/or fear. So, any statistics are likely to underestimate its true prevalence.

Elderly people represent an estimated 80% of the victims of such scams — a disproportionate amount of the population, according to recent research by the Federal Trade Commission (FTC). They’re attractive to scammers who assume that they’re trusting, too polite to hang up or easily duped. What’s more, senior citizens may be sitting on a sizable retirement nest egg.

Several branches of the federal government — including the IRS, the FBI and the FTC — have established websites that provide information about fraud detection and reporting scams. Ultimately, however, it’s important to use common sense and handle unknown callers with a healthy dose of skepticism. (See “How to Handle Suspect Calls” at right.)

The FBI recently unsealed its indictment against 61 individuals and entities that were charged in connection with the massive telefraud scheme. Currently, 20 individuals have been arrested, while 32 individuals and five call centers in India have been charged. An additional U.S.-based defendant is in the custody of immigration authorities.

The defendants are charged with conspiracy to commit identity theft, impersonation of an officer of the United States, wire fraud and money laundering. One defendant has been separately charged with passport fraud.

“The indictment we unsealed and the arrests we made today demonstrate the Justice Department’s commitment to identifying and prosecuting the individuals behind these impersonation and telefraud schemes, who seek to profit by exploiting some of the most vulnerable members of our communities,” said Assistant Attorney General Leslie R. Caldwell in a press release. “This is a transnational problem, and demonstrates that modern criminals target Americans both from inside our borders and from abroad. Only by working tirelessly to gather evidence, build cases and working closely with foreign law enforcement partners to ensure there are no safe havens can we effectively address these threats.”

According to the press release, the defendants perpetrated a sophisticated scheme organized by conspirators in India, including a network of call centers in Ahmedabad. Using information obtained from data brokers and other sources, the call center operators allegedly called potential victims while impersonating IRS or U.S. Citizenship and Immigration Services agents. These call center operators would threaten arrest, imprisonment, fines or deportation if the victims didn’t pay the requested taxes or penalties.

When someone agreed to make payment, the call center would then immediately turn to a network of U.S.-based co-conspirators to liquidate and launder the extorted funds as quickly as possible, using prepaid debit cards or wire transfers. Prepaid debit cards were often registered through misappropriated information of identity theft victims. Wire transfers were handled by associates using fake names and fraudulent IDs.

To direct funds into accounts of U.S.-based individuals, the co-conspirators allegedly used “hawalas.” With these, money is transferred internationally outside of the formal banking system. According to the indictment, the co-conspirators kept a percentage of the proceeds for themselves, but they weren’t aware of the illicit nature of the operation.

According to the indictment, one of the call centers reportedly extorted $12,300 from an 85-year-old victim in San Diego by threatening her with arrest if she didn’t pay fictitious tax violations. On the same day that she was scammed, one of the U.S defendants used a reloadable debit card loaded with her funds to purchase money orders in Texas.

In another instance, the defendants extorted $136,000 from a victim in Hayward, Calif. The scammers called this person multiple times over a period of 20 days, fraudulently representing to be IRS agents and demanding payment for alleged tax violations. The victim was instructed to purchase 276 stored-value cards, which the defendants then transferred to reloadable debit cards. Part of the victim’s money ended up on cards, which were activated by using stolen personal information.

At times, the call center operators would offer small short-term loans or advise targets that they were eligible for grants. Then the conspirators would request a “good faith deposit” to demonstrate the ability to pay back the loan, or payment of a fee for processing the grant. Victims never received any money after making the requested payment.

The Department of Justice has established a website to provide information about the case to victims, as well as the general public. Anyone who believes they have been scammed, or is a victim of fraud or identity theft relating to another telefraud, may contact the FTC at this website.

Telefraud is ongoing and prevalent. Every year, scammers seem to get craftier and bolder with telephone fraud schemes. Regardless of your station in life, you can’t be too careful when you’re answering the phone. If you receive a call from an unfamiliar number, evaluate the caller with skepticism and common sense.