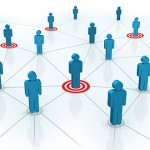 Are you an employer who claims the Work Opportunity Tax Credit (WOTC)? Or perhaps you haven’t claimed the credit yet but you are interested in taking advantage of the tax break. You now have until April 30 to provide a pre-screening form for certain groups of qualifying workers hired in 2014, the IRS recently announced.

In IRS Notice 2015-13, the tax agency stated that it will give employers additional time to file Form 8850, Pre-Screening Notice and Certification Request for the Work Opportunity Credit, with state security employment agencies, commonly referred to as designated local agencies.

The extended deadline is due to the retroactive extension of the WOTC by Congress for 2014, the IRS stated, adding “employers need additional time to comply with the requirements…” Normally, an employer would have to obtain certification within 28 days of hiring a worker, but the tax credit was expired for most of 2014 before the retroactive extension.

The designated local agencies certify that employees are members of a targeted group. Targeted groups also include military veterans hired by tax-exempt groups, in which case a reduced credit is taken against the employer share of Social Security tax.

Once employers have certifications, they can then claim the tax credit.

Note: The IRS states that “a timely request for certification does not eliminate the need for the employer to receive a certification before claiming the credit.”

What Is it Worth?

The WOTC allows employers who hire targeted individuals to get a credit against income tax of a percentage of first-year wages up to $6,000 per employee ($3,000 for qualified summer youth employees). If the employee is a long-term family assistance recipient, the WOTC is a percentage of first and second year wages, up to $10,000 per employee. Generally, the percentage of qualifying wages is 40 percent of first-year wages. It’s 25 percent for employees who have completed at least 120 hours, but less than 400 hours, of service for the employer. For long-term family assistance recipients, it includes an additional 50 percent of qualified second-year wages.

The maximum wages that can be used to calculate the WOTC for hiring a qualifying veteran generally are $6,000. However, it can be as high as $12,000, $14,000, or $24,000, depending on factors such as whether the veteran has a service-connected disability, the period of his unemployment before being hired, and when that period of unemployment occurred relative to the WOTC-eligible hiring date.

A wide variety of employers can take advantage of the WOTC and the new IRS relief may provide a tax break that results in an unexpected cash windfall. Contact your tax adviser for more information as soon as possible. The rules for claiming a credit can be complex but the end result for qualifying employers is generally worth it.