Every Word Counts when Crafting Your Employee Handbook 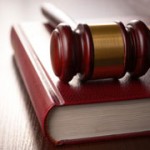 A fundamental requirement of the National Labor Relations Act (NLRA) is that employers must not “interfere with, restrain or coerce employees in the exercise of their rights” to organize into labor unions, collectively bargain and engage in similar “concerted activities,” according to § 8(a)(1) of the law.

In general, “concerted activities” occur when at least two employees take actions intended to improve their wages or working conditions. It can also mean action taken by one employee, such as communication with a supervisor. What that actually means in practical terms is spelled out on a case-by-case basis.

The U.S. Court of Appeals for the District of Columbia Circuit recently did just that in the case of Hyundai America Shipping Agency, Inc. v. National Labor Relations Board (No. 11-1351). The litigation began when a terminated employee, Sandra McCullough, complained to the National Labor Relations Board (NLRB) that she’d been fired for engaging in “protected concerted activities.”

Employee Firing Not an Issue

Her allegation was based on activities prohibited in the company’s employee handbook. The NLRB took up her cause. However, an NLRB administrative law judge said in a court ruling that McCullough would’ve been fired “regardless of whether she had violated any of the challenged [handbook] rules.” She was subsequently removed from the case. Even so, the Board maintained its complaint against Hyundai America Shipping Agency on the basis of the contents of its employee handbook.

The NLRB took issue with the first three of the following four handbook rules:

1. The “investigative confidentiality rule,” prohibiting employees from discussing matters under investigation by the company.

3. The “working hours rule,” prohibiting activities other than work during working hours, and

4. The “complaint provision,” urging employees to make complaints to their immediate supervisors rather than to fellow employees.

None of these rules explicitly violates § 8(a)(1) of the NLRA, though that isn’t the only test. If employer rules (or actions) “could reasonably be construed by employees to restrict” protected activity, they would still violate the law, according to the court. “Even in the absence of enforcement, mere maintenance of a rule likely to chill [protected activity] … can amount to an unfair labor practice.”

Investigative confidentiality. The court concluded that the rule did clearly limit the rights of employees to discuss their employment. The court then looked for Hyundai to present a “legitimate and substantial business justification for the rule, outweighing the adverse effect on the interest of employees.” In response, Hyundai pointed out that federal rules require confidentiality when investigations involve allegations of sexual harassment. But because Hyundai didn’t limit the rule to such cases, the court ruled that it was “overbroad” and shot it down.

The electronic communication rule. A similar conclusion was drawn about this rule, which stated: “Employees should only disclose information or messages from these systems to authorized persons.” If the rule had applied only to specific categories of information where there was a clear justification for maintaining confidentiality (such as a hospital’s need to protect patient privacy), it would have been acceptable.

The problem with the working hours rule was partly in the phrasing. The Board contended that “working hours” includes paid break times such as coffee breaks. The court supported that argument. Under the NLRA, employees are allowed to engage in union-related activities during break time when employees are still paid.

Finally, the court looked at the question of the remaining rule.

The complaint provision rule. This rule reads as follows: “Voice your complaints directly to your immediate supervisor or to Human Resources through our open door policy. Complaining to your fellow employees will not resolve problems. Constructive complaints communicated through all the appropriate channels may help improve the workplace for all.”

The NLRB argued that this policy would prevent employees from discussing their working conditions, a form of concerted activity. However, after a careful review of the language, the court found no fault with this rule.

Conversely, in a similar case, the NLRB took issue with the complaint provision rule implemented by another employer (Guardsmark). However, in the Guardsmark case, the NLRB won. The court said the employer’s company handbook used strict language and included penalties for rule violations. In contrast, the wording in the Hyundai handbook offered alternative actions when violations occur, and left the door open for employees to complain among themselves without penalty.

As this case illustrates, the precise language in employee handbooks is critical. That’s why it’s a good idea to have your handbook and any possible amendments to it reviewed by a qualified labor law attorney.