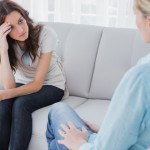 A common perception of domestic violence is that it only involves physical violence. But the experts provide a much broader definition. Not only does it affect more women, but the evidence can be much more easily masked. Even with makeup, a serious black eye can be hard to hide. A damaged psyche is another matter entirely.

The following definition is offered by the Joyful Heart Foundation, an educational and advocacy organization with hubs of service in New York, Los Angeles, and Honolulu:

Domestic violence “is a pattern of abusive behavior characterized by the intent to gain or maintain power and control over an intimate partner or other family members…  [it] can take many forms,” including:

Needless to say, the impact of domestic violence can easily spill over into the workplace. Those effects can include:

In some of the worst cases, the abuser comes to the workplace to harm the victim and other employees. As an employer, awareness of the causes behind problematic employee performance can help guide your responses. But the sensitivity and shame felt by some victims of domestic violence may prevent you from probing into this deeply personal matter.

Still, an awareness of the indicators of domestic violence, listed on websites of organizations to help victims, might help you understand the roots of some unsatisfactory employee behavior.

Victims of domestic violence frequently, for a variety of reasons, reject suggestions of concrete steps they might take to resolve the problem. Therefore, you might be faced with a long-term challenge. Allowing such employees to take leave time, which extends beyond their available paid leave, is often needed, both for the benefit of the employee and to comply with the law.

Several states, including California, Florida, Illinois, Washington and the District of Columbia have passed laws giving victims of domestic violence the right to take some time off of work. Massachusetts just joined the ranks of such states on August 8. These laws outline acceptable reasons for granting leave. Examples include receiving counseling, time spent seeking legal remedies for the abuse and time off to move to a safer location.

State laws also govern the amount of time that can be taken off, what employees must do to notify you of their intention to seek leave and the role of paid leave. Currently, no state requires that employees on leave for domestic violence be paid.

Role of the FMLA

In addition, such employees might be able to use the Family and Medical Leave Act (FMLA) to get unpaid leave without losing their jobs. Employees who are physically or psychologically injured due to domestic violence may be entitled to FMLA leave. What if an employee has a parent or child who is a victim of domestic violence? He or she might be eligible to take time off to care for the individual, under the FMLA.

Also, in extreme situations, victims of domestic abuse might be protected by the Americans with Disabilities Act (ADA). That would be the case if an employee suffers a domestic violence-related injury, which substantially limits the employee’s ability to perform one or more major life activities. This includes post-traumatic stress disorder and other mental illnesses.  You would be required to make a “reasonable accommodation” for such an employee, as you would under any other legitimate ADA claim.