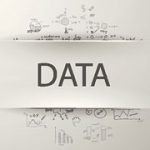 A controversial proposal by the Equal Employment Opportunity Commission (EEOC) has been in a holding pattern while the agency accepted input through August 15. The proposal seeks to expand the information it requires employers to provide on the EEO-1 form by adding pay data. Covered employers must submit their EEO-1 forms by September 30, for the current year.  As written, the change would apply to private employers with at least 100 employees, and employers with federal government contracts of $50,000 or more who have at least 50 employees. Employers may request a one-time 30-day extension of the filing deadline.

The EEOC, along with the Office of Federal Contract Compliance (a watchdog for employment discrimination by federal contractors) published the joint proposal last January.

“By any measure,” the EEOC stated in explaining its proposal, “there are significant pay disparities between men and women, between whites and people of color, and especially between women of color and white men.”

The EEOC acknowledges that “some of these pay disparities may be explained by differences in education, career or experience,” but even when those factors are taken into account, “EEOC’s experience enforcing pay discrimination laws reveals that discrimination is part of the problem.”

Victims of pay discrimination, when lacking knowledge of the earnings of their coworkers, can’t be aware of discrimination — and therefore don’t complain to the EEOC. But with the addition of pay data segmented by ethnic group and gender, the EEOC “will be able to focus their resources more effectively,” the Commission maintains.

Unless the rule is modified or scrapped, it would apply to EEO-1 forms filed by September 30, 2017. Currently, most employers submit EEO-1 forms electronically, but this proposal will make electronic submission a requirement, to “reduce the number of inadvertent human errors in the data,” says the EEOC.

The number of employees falling within each pay band would be reported by gender and ethnic group, using the same seven categories as the current EEO-1 form. In addition, they would be grouped within the current 10 job categories (for example, first/mid-level officials and managers, administrative support workers, laborers and helpers, and so forth.)

The earnings and hours worked by part-time and partial-year employees will also be included in the report.

Despite the additional data elements, the EEOC predicts employers will incur only a “minimal” one-time set-up cost and a minimal ongoing increase in its annual cost associated with filing the EEO-1. Consistent with current EEO-1 reporting rules, the earnings would have to be calculated for any 12-month period ending between July 1 and September 30 of the reporting year.

Employers have complained that it would be easier if they could report this data by calendar year, and piggyback on efforts to generate W-2s. The EEOC in the regulation proposal maintains that the non-calendar year time period “should not be burdensome given the capabilities of HRIS software,” though some commenters stated the 12-month rule makes “absolutely no sense.”

In addition to worries about added administrative costs, employers filing comments on the proposals expressed concern that the EEOC could look at the data and wrongly conclude that discrimination is taking place. To illustrate that point, an attorney for WorldatWork, a human resource professional membership group wrote: “In 2016, rewarding employees for their time and labor is no longer solely about monetary compensation.”

Also, the EEOC proposal instructs employers to impute a 40-hour workweek to salaried employees to come up with an hourly wage equivalent. Yet many salaried workers put in more than 40 hours, resulting in a misleading result.

One employer with 700 employees in the hospitality industry pointed out that clustering different management jobs together within a pay band can be problematic. That method of grouping doesn’t consider the various wage demands of the positions. For example, he noted that even though both jobs fall within the same job classification, an executive chef in his company typically earns more than a front desk manager, due to labor market dynamics. Yet the disparity is not discriminatory, he added.

He summed up his comment by saying that while the EEOC’s intentions may have been good, the “methods are complexly unsound.”

While the EEOC weighs the comments and considers tweaks to the proposal, employers would be wise to prepare to comply with the expanded EEO-1 next year. At the same time, keep an eye out for modifications that may be made due to employer concerns.