Court: No Pay for Employees Monitoring Electronic Devices during Lunch 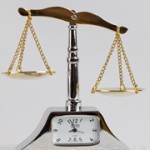 A federal district court recently sided with an employer in a dispute regarding whether employees had to be compensated for on-call time, activities before and after their shifts, and work during lunch breaks.

In Brand v. Comcast Corp., a cable, entertainment and communications company in the state of Illinois employed line technicians to maintain its cable network infrastructure. A line technician is responsible for maintaining node health, repairing outages, signal testing and addressing other system issues for the network plant.

The Portal-to-Portal Act was passed by Congress in 1947. It eliminates from working time certain travel, walking time and other similar preliminary and post-liminary activities performed prior or subsequent to the “workday” that aren’t made compensable by contract, custom, or practice. It should be noted that “preliminary” activities do not include “principal” activities.

—The U.S. Department of Labor

A group of employee line technicians alleged that the company violated federal and state wage laws by not compensating them for on-call time, pre-shift and post-shift activities, and for work they performed during lunch breaks.

The employees were required to check for outage notices sent to their personal devices during lunch breaks. The employer provided line technicians with company vehicles that had to be used exclusively for business purposes.

The line technicians argued that they should be compensated for lunch breaks because:

A regulation from the Fair Labor Standards Act (FLSA) states that an employee who is required to remain on call on the employer’s premises, or stay so close that he or she can’t use the time effectively for his or her own purposes, is considered working while “on call.” An employee who isn’t required to remain on the employer’s premises but is merely required to leave word at his or her home or with company officials where he or she may be reached isn’t considered working while on call.

The U.S. District Court for the Northern District of Illinois ruled that the employees didn’t have to be paid for their on-call time. The court answered the question of “when is on-call time compensable?” by stating it isn’t based on whether employees are inconvenienced while conducting personal activities, but whether they can conduct personal activities while on call. The district court noted that other courts have found similar conditions to the ones that the line technicians were working under insufficient to prove that employees should be compensated for on-call time.

Also, in this case, there wasn’t evidence that the on-call time was spent predominantly for the benefit of the company. The employees only had travel restrictions during their one-week on-call shifts, which they rotated through approximately every six weeks.

The employer also had a rule that allowed for random drug and alcohol tests at any time. The district court said that other courts have routinely held that such a rule isn’t sufficiently restrictive to convert on-call time to work time.

Activities Before and After Shifts

The employees sought compensation for unrecorded time that they spent before and after their shifts doing the following tasks:

In ruling that the employees shouldn’t be compensated for their pre-shift and post-shift activities, the district court said that the employees failed to explain why the tasks they identified here are qualitatively different than the kinds of pre- and post-shift tasks that many other courts have found to be incidental (rather than integral and indispensable) to the use of a company vehicle.

The employees also argued that they were entitled to compensation for performing these activities because the company has written employment policies which state that line technicians will be compensated for the activities. The district court refuted this argument because there was no evidence that Comcast had ever paid employees for these activities. In addition, the employees failed to produce any previous court rulings in which a court had held that a general employment policy alone was sufficient to establish a legally binding obligation to compensate for time that is otherwise not compensable.

To survive summary judgment with respect to the lunch-break claims, the employees had to offer sufficient evidence from which a reasonable jury could conclude the company had “actual or constructive knowledge” that the employees were working through lunch without pay. The employees argued they were required to monitor work devices during their lunch breaks and this policy demonstrated that the company had actual knowledge that they were working through lunch without pay.

The employees didn’t survive summary judgment on this issue because they failed to provide sufficient evidence that the company required them to continually and actively monitor their devices while on break. There was testimony that some employees sometimes received outage notices via text, email, phone or radio during lunch, but the employees testified that if they received these messages, they suspended their lunch breaks and resumed them later, if possible.

One employee testified that no manager ever told him he had to watch his computer for communications during lunch and said that he does so because he has “nothing to do.” There have also been no previous court rulings that suggest monitoring a radio or similar device is a substantial job duty as long as the employee can still spend his lunch break primarily for his or her own benefit without persistent interruptions.