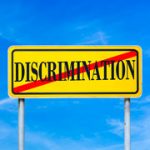 Every year the Equal Employment Opportunity Commission (EEOC) releases detailed data on the number of discrimination cases received and the disposition of those cases. For the first time, in a recent release of stats from its 2016 fiscal year, it included LGBT-based sex discrimination charges in a data summary.

In the EEOC’s 2016 fiscal year, the agency received 1,768 complaints involving allegations of discrimination based on sexual orientation, and it resolved a nearly equal number of such cases, some of which were brought in previous years.

Although two-thirds of the sexual orientation cases it received in the recent period were deemed to lack “reasonable cause,” many survived that scrutiny and ultimately resulted in $4.4 million in monetary benefits to plaintiffs.

Cases involving discrimination based on sexual orientation have shown an increase since tracking them began four years ago. For example, the EEOC received more than twice the number of such allegations in FY 2016 as it did three years prior. The table below shows the change in the number of sex discrimination cases, which includes sexual orientation cases, between 2015 and 2016.

In a pair of sexual orientation cases brought by the EEOC last year, the patterns were the same: Gay employees felt harassed by coworkers. In both cases, the employees complained to management but said that management didn’t take decisive action to address their complaints. In one of the cases, the supervisor reportedly took part in the harassment. In the other case, the gay employee stated that a supervisor dismissed his complaints, calling him “too sensitive.”

Dealing with such cases was identified by the EEOC as a priority under its latest “Strategic Enforcement Plan.”

The EEOC’s contention that harassment based on sexual orientation is covered by the Civil Rights Act’s ban on gender-based employment discrimination has only been tentatively addressed by one federal court. The same logic, however, could guide others. The case involved a gay employee of a Pittsburgh company who quit his job in the face of what he saw as heavy harassment.

The court built upon a U.S. Supreme Court ruling which, according to the EEOC, found that the law’s ban on sex discrimination includes “adverse treatment of workers based on ‘sex stereotypes,’ that is, preconceived ideas of how a man or a woman should act or think.”

The EEOC argued, among other things, that Title VII of the U.S. Civil Rights Act includes discrimination because of “sexual orientation as a concept cannot be understood without reference to sex.”

In its denial of the motion to dismiss, the trial court opinion stated that “there is no more obvious form of sex stereotyping than making a determination that a person should conform to heterosexuality.”

It’s not immediately clear whether the EEOC’s enforcement priorities will be changing in the near future under the Trump administration. The EEOC consists of five members, plus the EEOC general counsel, all of which are appointed by the President as the terms of existing members expire.

Meanwhile, a prudent posture for employers to assume is that harassment based on sexual orientation is a matter to be taken seriously. With that in mind, such allegations from an employee should be promptly and thoroughly investigated. Most employees realize that their employers can’t anticipate and prevent every instance of harassment (of whatever nature). But when they do approach their employers with complaints, they should be able to count on getting a fair hearing.