“Double dipping” might sometimes be OK in divorce cases 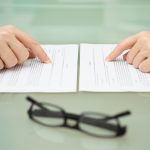 What’s known as “double dipping” is generally understood as the double counting of a marital asset in a marital dissolution — once in the property division and again in the spousal support award. Typically, courts frown on double dipping. But not always. For example, in the recent case Gallo v. Gallo, the Ohio Court of Appeals rejected not only this definition of “double dipping” but also its previous holding prohibiting double dipping.

The husband in the case had an ownership interest in a business, and the parties stipulated to its value. But, on appeal, the husband argued that the trial court had erred in valuing the marital interest in the business using its future earnings and then also including the distributions from its earnings as part of his income to determine spousal and child support. Citing the Ohio Court of Appeals’ 2008 ruling in Heller v. Heller, he contended that the court could rely on the earnings only to determine the value of the marital assets or his income for setting support payments.

In Heller, the court had defined “double dipping” as the double counting of a marital asset. It explained that “where a court uses a business owner’s ‘excess earnings’ to value the interest in a business and also fixes support on that spouse’s total income (inclusive of the ‘excess earnings’ used to value the business), a ‘double-dip’ occurs.” It declared that a trial court can treat a spouse’s future business profits either as a marital asset subject to division or as a stream of income for spousal support purposes — but not both.

In Gallo, though, the appellate court changed its position. It clarified that a double dip occurs when a court twice counts a future income stream — once when valuing the marital asset and again when determining the economically superior spouse’s ability to pay spousal support. According to the court, it’s the future income stream — not the marital asset — that’s the subject of the doubling.

Therefore, the court found, if the marital asset is valued using a method that doesn’t specifically rely on a future income stream (for example, a market- or asset-based approach), no double dipping occurs. The court also noted that business valuations may be premised on future income streams even if the valuation method doesn’t include a calculation of excess earnings. Thus, it said, double dipping isn’t limited to situations where excess earnings factor into the valuation.

In the present case, the appellate court deduced that the value of the business was computed using the capitalization of earnings method. Then it determined that double dipping had indeed occurred when the trial court awarded the husband his share of the business in the property division and then considered his income from that asset, which was derived from the business’s future income stream, in setting support.

The appellate court said that a trial court “may ameliorate the inequity inherent in double dipping” by splitting the income-producing asset between the parties, thereby ensuring that each spouse shares in advantages and disadvantages associated with that asset. Alternatively, a trial court could determine that some circumstances, such as a disparity in income between the parties, override the unfairness in double dipping.

The case was remanded but only because the appellate court found that the trial court hadn’t considered the double dip. The appellate court took pains to make clear that the lower court didn’t necessarily have to change the current property division or support award. Ultimately, the husband may just have to live with the double dipping if the trial court decides the overriding principle of equity warrants it.