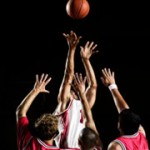 The action begins on March 13th, known as “Selection Sunday,” and the games run through the championship match on Monday, April 4th. The NCAA tournament games are not only among the most watched sports events in America, but they are also the most gambled on. Fans place bets after filling out their brackets with the goal of predicting the winner of the tournament or individual games. That means fans across the country will be riveted on the games, even when they’re played during the workday. It all sounds like fun, but what does that do to productivity?

Based on surveys taken over the years, it’s safe to predict that upwards of 50 million viewers will tune into the tournament and American businesses will see a dip in productivity. Employees may look like they’re working, but if they’re secretly watching games on computers, their phones or televisions … they’re not getting much done. In some cases, employees may use sick days to stay home and watch the tournament.

But those aren’t the only issues employers face. Before the opening buzzer sounds, be aware of other ways March Madness could affect your workplace. Here are a few:

Computer slowdown. Now that tournament games are broadcast on streaming video as well as television, employees who access the games on their work computers may take a huge bite out of bandwidth. Not only can that slow down your service, but your computer networks might actually crash, creating problems for all employees as well as for customers.

Potential violation of state laws. With the exception of Nevada, every state has laws which could make gambling in the workplace illegal. It’s unlikely that legal action would be taken against employees who are involved in low-stakes betting pools. However, if the employer is seen as sponsoring the gambling or profiting from the activity, or if anyone is skimming money from the pool, you risk violating state laws.

An open door for unions. You may wonder how a basketball tournament could create union problems in a non-union company. The National Labor Relations Board (NLRB) permits employers to prohibit union solicitation in the workplace, but only if the employer also prohibits most other forms of solicitation. If your company allows workers to solicit bets or participate in a gambling pool during work hours, that could open the door to action by the NLRB.

How Can You Avoid Trouble?

Adopt a no-solicitation, no-distribution rule. If you don’t already have such a rule, now is a good time to start. Be sure your workforce understands that this not only applies to March Madness, but is in force all year long. With this rule, your organization prohibits:

When drafting your policy, consider limiting the number of charities soliciting in the workplace to only one or two a year — otherwise, fundraising could become burdensome and disruptive. Also seek input from your attorney to make sure it doesn’t violate NLRB rules protecting employees’ union organizing rights.

Limit employee involvement in gambling and betting pools to their own personal time (on breaks, during meal time) and only within the limits permitted by your local and state laws.

Prohibit employees from using the employer’s computer equipment or their own personal electronic devices to watch or track sports activities during their work time.

Should You Join in the Fun?

Rather than sweating the three-week tournament, consider joining in the fun, or at least making room for it. After all, some employers argue that this is an opportunity to encourage interaction and even camaraderie among staff members. If possible, allow some flexibility in scheduling lunch and break times, as long as work gets done and customers are not neglected. Ask employees who are watching videos to wear earphones to minimize the noise. Remind them that video-watching privileges could be revoked if the noise level isn’t kept down or if break times are abused.

Finally, be mindful of the fact that not all of your employees care about March Madness. If those who don’t care perceive that they are carrying the workload for the fans, you may end up fostering resentment. Talk to the staff in advance and let them know that everyone who wants to participate is welcome to join in. You don’t want some employees thinking: “Somebody around here has to do the work. I guess it has to be me!” Otherwise, your efforts to accommodate the fun could backfire.

Keep in mind that employees who don’t participate could claim that the tournament creates a hostile work environment because they may object to gambling for religious reasons or may feel it discriminates against certain people in the workplace.

Plan Ahead While There’s Still Time

Allowing employees to enjoy a little bit of the tournament could be good for morale if you plan ahead and set limits. If you have questions before the “madness” begins, check with your HR adviser and attorney to make sure you don’t commit a technical foul.