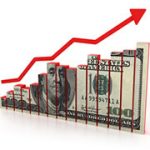 The Department of Labor (DOL) has issued interim final rules that will increase civil penalties assessed to employers for willful violations of the minimum wage, overtime, and child labor provisions in the Fair Labor Standards Act (FLSA), and civil penalties in the Family Medical Leave Act (FMLA). There will also be increased penalties under other laws.

The DOL issued two interim final rules that will increase civil penalties for violations related to the employment of temporary non-immigrant workers under the H-1B and H-2B visa programs.

H-1B visa program. The H-1B visa is used by U.S. employers to hire foreign workers in areas of specialized knowledge or technical expertise, such as scientists, engineers, or computer professionals. American employers that apply for the visa must prove there are no qualified U.S. workers that could fill the positions, and must ensure that the H-1B visa holders are paid the same as their U.S. counterparts.

1. The civil penalty for violations pertaining to strikes, lockouts, displacement of U.S. workers, notification, misrepresentation of material facts, etc. is going from $1,000 to $1,782;

2. The civil penalty for willful violations pertaining to wages, working conditions, misrepresentation of material facts, etc. is increasing from $5,000 to $7,251; and

H-2B visa program. This visa program allows American employers who meet specific regulatory requirements to bring foreign nationals to the U.S. to fill temporary non-agricultural jobs. There are civil penalties on employers for violations including those related to wages, impermissible deductions, prohibited fees and expenses, and improper refusal to employ or hire U.S. workers.

On November 2, 2015, Congress passed the Federal Civil Penalties Inflation Adjustment Act Improvements Act of 2015. It directed federal agencies to adjust civil penalties for inflation each year. Agencies were instructed to determine the last time civil penalties were increased and publish interim final rules to adjust penalties for inflation from that date. The amount of increase can’t exceed 150% of the existing penalty amount.

A DOL Fact Sheet explains that penalties are imposed on employers to encourage greater compliance. “These penalties, however, are less effective when they haven’t been raised for decades to keep up with inflation,” the DOL states. Recognizing this, Congress passed a law in 1990 directing agencies to adjust their civil monetary penalties to keep up with inflation, defining a civil monetary penalty as a penalty for a specific amount or maximum amount set by federal law that is assessed or enforced by a federal agency.

“But a low cap on these increases together with complicated rounding rules kept many penalties from accomplishing Congress’s stated goal of keeping up with inflation over time,” the DOL adds.

Furthermore, some agencies, such as the Occupational Safety and Health Administration (OSHA), were exempt from the 1990 law, so the agency’s penalties haven’t increased since 1990. That’s why Congress passed the Inflation Adjustment Act in 2015 to begin annually adjusting penalties using a more straightforward method than the 1990 law.

The DOL will increase more than 20 civil penalty amounts, effective with civil penalties assessed after August 1, 2016, with associated violations that occurred after November 2, 2015. For example:

FMLA. The civil penalty for willful violation of the requirement that employers post and keep on their premises a notice about the FMLA and the procedures that employees may use to file complaints will increase from $110 to $163.

OSHA’s maximum penalties, which were last adjusted in 1990, will increase by 78%. In addition, going forward, the agency will adjust its penalties for inflation each year based on the Consumer Price Index.

Other Agencies and Laws

This article only covers some of the increased penalties. For example, under the Employee Retirement Income Security Act, there will be several higher penalties for violations including:

There will also be increased penalties assessed on some employers by the Employee Benefits Security Administration, Mine Safety & Health Administration and under the Office of Workers’ Compensation Programs. In addition, the DOL (along with the Department of Homeland Security) has adjusted penalties associated with the H1B and H2B temporary guest worker program (see right-hand box).

Click here for a chart showing all of the penalty adjustments.

This article only lists some of the increased penalties employers may face. For more information about your company’s situation, consult with your employee benefits adviser or employment attorney.