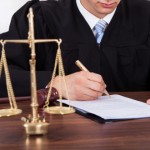 What type or quantity of evidence is needed to establish the value of a business for marital dissolution purposes? This was one of the key issues in Hugh v. Hugh. On appeal, the wife argued that the trial court had erred in declining to value and equitably distribute the couple’s interest in a semiconductor brokerage business that the husband controlled.

According to the court of appeals, the information provided to the wife’s expert was “scant and indefinable.” The husband offered little in the way of documentary evidence, which consisted only of the following:

The husband attributed the company’s dramatic downturn in 2012 to the “bad economy” and the poor performance of the semiconductor industry. He testified that, in his view, the company was worthless.

The wife’s expert, a CPA, valued the company using the market approach, finding that insufficient information existed to support a valuation using the income or asset approaches. Based on an analysis of 31 comparable companies and discounting his valuation by 30% to reflect the husband’s personal goodwill, the expert concluded that the company’s intrinsic value was approximately $1.4 million.

The expert acknowledged that, given the limited information supplied by the husband, the valuation didn’t meet AICPA standards. He expressed doubts about the accuracy of the tax returns, given the amount of personal expenses that were run through the business. In addition, the expert didn’t receive general ledgers, QuickBooks files or a complete set of bank statements. Finally, the expert was unable to interview management or conduct a site visit. Nevertheless, he believed the valuation was a useful and reasonable estimate of the company’s value.

A trial court ruled that there was insufficient evidence to value the company, but the Virginia Court of Appeals disagreed. Despite the trial court’s doubts about the tax returns and other information relied on by the wife’s expert, the court of appeals found a “relative wealth of information” that could have been used to value the business. The appellate court had previously held that tax returns showing a company’s gross income could be enough to value a company, observing that “[a]ssuredly, a business that has gross income can be valued.”

In this case, the trial court had more than gross income as evidence and “the discretion to place a value within the range provided in witness testimony and documents received into evidence.”

In divorce cases, the financial information typically relied on to value a business may not be available. Nevertheless, an experienced and well-qualified appraiser can extract the information necessary to arrive at a value that’s sufficient for equitable distribution purposes.