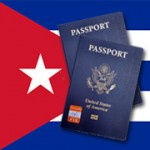 Cuba is a curiosity to many Americans, especially Baby Boomers who remember the Cuban Missile Crisis. It’s the biggest island in the Caribbean — about the size of Virginia — and it’s less than 100 miles off the coast of Florida. Despite its geographic proximity, it’s been off-limits to most U.S. travelers and businesses since the economic embargo was put in place in the 1960s. But that is slowly changing as the Obama Administration loosens travel and trade restrictions.

Before You Travel to Cuba…

Many Americans are interested in exploring Cuba’s tropical weather and culture. And the travel industry is salivating at the possibility that the government’s revised travel and trade regulations may eventually allow them to expand into the Cuban market.

Large hotel chains (such as Hilton and Marriott) and cruise lines (such as Carnival) have expressed interest in venturing into the Cuban market. MasterCard customers will be able to use their credit cards in Cuba on March 1, 2015, and American Express has plans to follow suit after it reviews the revised Treasury regulations further.

However, there are many hurdles to clear before U.S. tourists can arrive en masse. Cuba currently has a limited tourism infrastructure — hotel rooms, taxis and restaurants — to support a major influx of American tourists, which should keep costs relatively high as demand rises. And most local businesses probably won’t accept credit card payments for quite some time.

So, in the near term, U.S. travelers will still need to bring significant amounts of cash with them to Cuba. They should also contact their credit card companies before leaving to ensure that their cards will be supported in Cuba. As with any international travel, there’s also a risk of stolen credit card numbers, so travelers should use their bank cards judiciously when dealing with local vendors.

It’s also important to follow the Treasury’s revised travel regulations (see main article). Violations could result in substantial fines and criminal prosecution, so consult with a legal professional before booking your trip.

Don’t book your Spring Break cruise to Havana just yet, however. Many obstacles still stand in the way of unrestricted travel to and free trade with Cuba.

Last December, the president announced that he was re-establishing diplomatic relations with Cuba in conjunction with a prisoner swap between the two countries. The overriding goals are to empower Cubans to build an open and democratic country, to support the growth of Cuba’s emerging private sector, and to enhance the free flow of information to, from and among the Cuban people.

Here’s how travel and trade restrictions will be relaxed (somewhat) as of January 16, 2015, based on information posted by the White House, the U.S. Treasury Department and the U.S. Department of Commerce.

Travel Licensing. The Cuban government never prohibited Americans from visiting, not even at the height of the Cold War. So some U.S. tourists who visited Cuba previously broke U.S. law by traveling through Canada and Mexico. Other Americans went to Cuba legally by obtaining a specific travel license from the U.S. Treasury’s Office of Foreign Assets Control (OFAC). The following 12 categories of travel may qualify you for an OFAC license to Cuba:

7. Public performances, clinics, workshops, athletic and other competitions, and exhibitions;

8. Support for the Cuban people;

11. Exportation, importation or transmission of information or information materials; and

Under the Treasury’s revised regulations, these 12 groups remain the same, but travelers no longer need to apply for a specific OFAC license. Instead, the OFAC has issued general licenses within the 12 categories of authorized travel. This could make it easier — and cheaper — to book a trip to Cuba. Although tourist activities to Cuba technically remain illegal, it may be difficult for the government to enforce its tourism restrictions without the specific licensing requirement.

Before booking a trip, make sure you meet all of the required criteria for the category of travel you fall under. The U.S. Treasury’s website provides guidance on each of the 12 categories.

Air Travel. U.S. airlines are allowed to provide service to authorized travelers under the revised guidance. But airlines and travelers are both responsible for maintaining records of their Cuba-related transactions for at least five years.

Travel Spending and Import Restrictions. The per diem rate previously imposed on U.S. travelers to Cuba no longer applies. Now there’s no specific dollar limit on authorized expenses. U.S. travelers may pay for living expenses and acquire Cuban goods for personal consumption during their trips. Other expenditures — besides those directly related to the traveler’s authorized activities in Cuba — are prohibited.

Upon return, the government will allow U.S. travelers to import $400 worth of goods from Cuba for personal use only, of which no more than $100 can consist of tobacco products and alcohol combined.

Remittances. U.S. citizens can now send up to $2,000 per quarter (up from $500 per quarter under the previous regulations) to friends and family in Cuba, as long as they’re not prohibited Cuban government officials or members of the Cuban Communist Party. In addition, certain remittances to Cuban nationals for humanitarian projects, support for the Cuban people or development of private business are now generally permitted. The amount of authorized remittances U.S. travelers to Cuba may carry has been increased to $10,000 per authorized trip.

Banking. U.S. travelers are permitted to use credit or debit cards issued by a U.S. financial institution while traveling in Cuba. But banks and credit card companies aren’t required to accept, maintain or facilitate authorized financial relationships or transactions in Cuba. So, travelers are advised to check with their financial institutions before traveling to determine whether their cards will work in Cuba.

Trade. President Obama does not have the authority to end the trade embargo. Only Congress can lift the current economic restrictions, which prohibit most people from doing business or investing in Cuba. The Commerce Department currently authorizes limited categories of items to be exported to Cuba, such as food, medicine and medical supplies for humanitarian purposes. But it may gradually become easier for more U.S. companies to export to Cuba as the trade “freeze” slowly thaws.

For instance, the Commerce Department’s website lists the following types of transactions that may be authorized under the revised trade guidance:

Exports of items for use in scientific, archaeological, cultural, ecological, educational, historic preservation or sporting activities may be allowed to strengthen civil society in Cuba. Furthermore, exports that will protect the environment, promote energy efficiency or enhance U.S. and international air and water quality or coastlines are generally permitted under the revised guidance.

Telecommunications. To promote freedom of speech in Cuba, under the revised guidelines, the U.S. government will generally authorize transactions that establish mechanisms to provide commercial telecommunications services in Cuba. U.S. citizens may, for example, purchase calling cards for people to use in Cuba and pay bills of Cuban citizens directly to a telecommunications operator located in Cuba.

Cuba has an Internet penetration of about only five percent — one of the lowest rates in the world, according to the White House. So, the Commerce Department will allow U.S. citizens to provide fee-based Internet communications services in Cuba, such as e-mail or other messaging platforms, social networking, web-hosting and domain-name registration.

Services related to many kinds of software (including applications) used on personal computers, cell phones and other personal communications devices may also be authorized, along with other services related to the use of such devices. Finally, services such as cloud storage, software design, business consulting, and the provision of IT management and support related to use of hardware and software exported to Cuba will generally be permitted.

Before the communist revolution, Cuba was one of the wealthiest economies in Latin America. Today, most Cubans are relatively poor and have limited access to technology and property rights. Like many communist countries, the government controls most means of production, owns most businesses and properties, and employs most of the workforce. But that’s slowly changing, as the government relinquishes control to the private sector. In 2013, the average monthly wage in Cuba was about 466 Cuban pesos — the equivalent of less than $20 — according to the Havana Times.

As a result, the demand for imported consumer products and services from the United States may be limited. Currently, Cuba’s biggest imports are necessities, such as oil, wheat, corn, poultry and milk. Business-to-business transactions may also be limited by the Cuban government, as it tries to retain control over foreign investment.

Sectors that may see promise in participating in the Cuban marketplace include:

On the flip side, Cuba could potentially become a supplier to some U.S. companies if Congress decides to lift the trade embargo. Major Cuban exports include raw sugar and nickel. Both import and export transactions will hinge on assurance that Cuban buyers are creditworthy and can transact with U.S. financial institutions.

In terms of diplomatic relations, there’s still a long way to go before U.S. businesses can actively participate in free trade with Cuba. After initial talks between U.S. and Cuban diplomats, Assistant Secretary of State Roberta Jacobson said:

“What you have to recognize, is that we have… to overcome more than 50 years of a relationship that was not based on confidence or trust.”

Cuba continues to be included on the U.S. list of state sponsors of terrorism, alongside Iran and Syria. The United States also has concerns about human rights and free speech issues in Cuba that may take years to resolve.

Critics of the revised travel and trade guidance within the United States argue that the revised Treasury and Commerce regulations related to Cuba may overstep the president’s executive authority. Cuban-American Senator Marco Rubio (R-Fla.) plans to hold congressional hearings on this issue in early 2015.

In the meantime, the trade embargo remains in place, despite slightly looser travel and trade restrictions. If you engage in personal or business transactions in Cuba, you must comply with all provisions of the revised regulations. Violations could result in significant penalties and even criminal prosecution under U.S. law. If you’re interested in pursuing business or travel opportunities in Cuba, discuss the latest regulations, opportunities and risks with your legal and financial advisers.