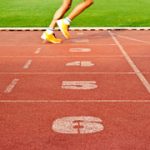 Courts have consistently found that student athletes aren’t employees who are required to be paid under federal law — and a U.S. Appeals Court came to the same conclusion in a new case.

Facts of the Latest Case

The case began when two former student athletes from the University of Pennsylvania sued the school, the NCAA, and more than 120 other NCAA Division I universities and colleges alleging that student athletes are employees who are entitled to a minimum wage under the Fair Labor Standards Act (FLSA).

The two former students participated on the women’s track and field team. Like many collegiate athletic teams across the country, Penn’s women’s track and field team is regulated by the NCAA. The NCAA is a member-driven, unincorporated association of 1,121 colleges and universities. It’s divided into three divisions — Divisions I, II, and III — based roughly on the size of the schools and their athletic programs with Division I being the largest.

The FLSA requires employers to pay its employees a minimum wage rate of $7.25 per hour. (If state law has a higher minimum wage, an employer must pay the higher rate.) The law defines “employee” as “any individual employed by an employer” and broadly defines “employ” as “to suffer or permit to work.” Thus, to qualify as an employee for purposes of the FLSA, one must perform “work” for an “employer.” The FLSA doesn’t define the term “work.”

The Seventh Circuit noted that a majority of courts have issued rulings, albeit in different contexts, that student athletes aren’t employees. For example, most courts have held that student athletes aren’t employees in the workers’ compensation context and thus, aren’t entitled to compensation from their schools for injuries they suffer while playing their respective sports.

Note: More than 50 years ago, two courts reached the opposite conclusion that athletes were employees, but they did so, at least in part, because the student athletes in those cases were also separately employed by their universities. This was not the case in the current ruling.

The court stated: “The long tradition of amateurism in college sports, by definition, shows that student athletes — like all amateur athletes — participate in their sports for reasons wholly unrelated to immediate compensation.”

The court added that it had no doubt that student athletes spend a tremendous amount of time playing for their respective schools, as they’ve done for more than a hundred years under the NCAA but “student-athletic ‘play’ is not ‘work,’ at least as the term is used in the FLSA.”

In addition, the Seventh Circuit cited the Department of Labor’s Field Operations Handbook (FOH), which states that student athletes aren’t employees under the FLSA. The Department of Labor believes that the athletic activities are conducted primarily for the benefit of the participants as a part of the educational opportunities provided to the students by the school or institution, and are not work of the kind contemplated by the FLSA.

“We find the FOH’s interpretation of the student-athlete experience to be persuasive,” the court stated.

However, the FOH does state that students who participate in a work-study program and, for example, “work at food service counters or sell programs or usher at athletic events, or who wait on tables or wash dishes in dormitories in anticipation of some compensation” are “generally considered employees under the FLSA.”