Court: Farmhouse Was Not Held as Rental Property 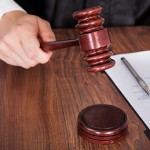 Despite the fact that a couple had rented much of the farmland near their farmhouse and had made substantial improvements to the property, it wasn’t held as rental property or for the production of income, according to the Court of Appeals for the Eighth Circuit, which affirmed a finding by the U.S. Tax Court. As a result, the farmhouse expenses were not deductible.

Background: Under tax law, taxpayers are allowed deductions for their ordinary and necessary business expenses under Code Section 162 and for expenses incurred for the production of income under Code Section 212. For tax purposes, deductibility depends on whether the activity was carried out for income or profit. A taxpayer doesn’t need to have a reasonable expectation of a profit, but must have a good faith intention of making a profit or of producing income. In deciding whether a taxpayer lacked a genuine profit motive, a court isn’t conclusively bound by the taxpayer’s stated intention.

The term “income” for purposes of Code Section 212 includes income the taxpayer “may realize in subsequent tax years; and…applies as well to gains from the disposition of property.”

Facts of the case. In 1976, Donald and Arvilla Meinhardt purchased 140 acres of farmland in rural Minnesota. The property consisted of land, outbuildings and an 80-year-old farmhouse, which was in need of major repairs and renovation. In the years following, the Meinhardts made improvements to the farmhouse and regularly rented the crop and pastureland to neighboring farmers for cash rent.

During the years at issue, the husband worked full time at an architectural firm and the wife operated a day care center out of their home.

The husband was unable to rent the farm house to neighboring farmers, so he sought cash renters. He placed newspaper ads, put up notices in local stores, and told people in the area that the house was for rent. However, the Meinhardts never found any renter who would pay in cash. Instead, they “rented” to persons who performed services on the property.

From approximately 1976 to 1979, first the former owners of the farm and then a local couple lived in the farmhouse, performing services such as carpentry in lieu of cash rent. From approximately 1980 through the years at issue, the house was at times vacant and at times occupied by the Meinhardts’ relatives, who performed services including repairs and maintenance on the house. During this time, Mr. Meinhardt occasionally used the farmhouse as a place to change clothes or stay overnight when he was doing work on the farm, kept tools and supplies in the house, and always had access to it.

At the trial in U.S. Tax Court, the Meinhardts argued that the farmhouse was, alternatively, rental property or held for the production of income. The Meinhardts paid $75,000 for the property. They never attempted to sell the land or the house, but they estimated the entire farm was worth $375,000 at the time of the trial. Mr. Meinhardt testified that it would be possible to sell the farmhouse separately from the land, by parceling off about ten acres with the house. At the time of the trial, the Meinhardts resided in the farmhouse, but they lived in a separate suburban Minneapolis residence from the time they bought the farm until 2010.

The Tax Court rejected the couple’s arguments and found for the IRS. (Meinhardt, TC Memo 2013-85)

The Eighth Circuit Court of Appeals ruled the farmhouse was neither rental property nor held for production of income. The appeals court rejected all of the Meinhardts’ arguments and affirmed the Tax Court’s findings.

The Meinhardts first contended that they were allowed Code Section 162 deductions because they operated the farmhouse as a real estate rental business in the years 2005 to 2007. They offered two alternative Code Section 162 theories:

But, the Court stated, during the years in question, the farmhouse was either vacant or occupied by relatives who lived there rent-free. The Meinhardts stayed at the house from time to time and stored carpentry tools and supplies used to repair and remodel the farmhouse.

The court noted that while relatives provided repair and other services in lieu of cash rent, the Meinhardts kept no detailed record of these “barter exchanges.” In addition, the court added, the couple “did not report rental income from these bartering transactions on their Federal income tax returns” and “did not prove that the value of these barter exchanges was equal to the fair market rental value” of the house.

Therefore, the couple “failed to prove the deductibility of the expenses under Section 162 because they have not proved that these expenses were tied to a real estate property rental business.”

And, the fact that the Meinhardts made no changes in their efforts to rent the property, despite thirty unsuccessful years, undermined their assertion that they sought to profit by renting the property. The lack of evidence of a rental property business strategy, and evidence they allowed relatives to live in the house rent-free, supported a finding that the Meinhardts held the property as an alternative residence for the personal use of their extended family.

2. The Meinhardts second argument was that the entire farm was “a single rental business involving multiple related undertakings” and therefore all expenses of that single business, including the farmhouse expenses, were deductible. This contention, they argued, was supported by Regulation Section 1.183-1(d)(1). In other words, they purchased the farmhouse and farmland together as an investment and viewed both the land and the house as opportunities to make the farm more profitable.

In rejecting their argument, the Court said that, throughout their ownership of the property, the Meinhardts “rented” the farmhouse separately from the farmland, retaining access to and control over the house for personal purposes, including staying overnight or changing clothes there themselves. They offered no evidence they ever tried to rent or lease the house and land together. Mr. Meinhardt testified the farmhouse could be parceled off and sold separately from the crop and pastureland.

Over many years, the couple’s expenditures for substantial repair and improvement of the farmhouse, including the tax years at issue, increased the property’s value. But they failed to prove that they were holding and improving the property to profit from its rental or its appreciation, as opposed to improving it for personal use. The reasonableness of this alternative personal-use explanation for the expenditures in 2005 to 2007 was confirmed when they sold their home in suburban Minneapolis and moved into the farmhouse in 2010.