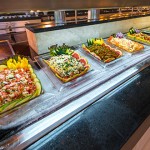 In the recent movie, The Internship, the character played by Vince Vaughn is amazed when he begins working at Google and finds out he can graze on an array of free food and beverages all day long. (However, he is sternly told that he can’t take anything home from the office).

The practice of providing free meals and snacks is not unusual in the tech industry, and is a perk at other types of companies as well. But the tax benefits of this tradition might be in jeopardy. In a recent document released by the IRS, the tax agency indicated that it will be updating guidance related to employer-provided meals. This has caused speculation that IRS could be cracking down on the practice of providing unlimited free meals and snacks.

Under the tax code, meals are excludable from tax if they are furnished:

Although the finding of a substantial non-compensatory business purpose depends on the facts and circumstances, the regulations provide a number of acceptable circumstances, including:

As a general rule, a business may deduct only 50 percent of the otherwise-allowable cost of meals (and entertainment). However, meals provided to employees are fully deductible in circumstances including: Meals treated as compensation, and meals that are tax-free de minimis fringe benefits.

An employer-operated eating facility is a de minimis fringe if it is located on or near the employer’s business premises, and the facility’s revenue normally equals or exceeds its direct operating costs (the revenue test). Highly compensated employees get the exclusion only if access to the facility is provided on a non-discriminatory basis.

Note: Under the exception for meals that are tax-free de minimis fringe benefits, an employer can deduct 100 percent of the cost of providing the meals if its on-premises employer-operated eating facility meets the revenue test.

For purposes of determining if an eating facility’s revenue equals or exceeds its direct operating costs, the regs state that “if an employer can reasonably determine the number of meals that are excludable from income by the recipient employees,” then it can “disregard all costs and revenues attributable to such meals provided to such employees.”

For purposes of the revenue test for determining whether an employer-operated eating facility is a de minimis fringe, an employee who can exclude the value of a meal under Code Section 119 is treated as having paid an amount for the meal equal to the direct operating costs of the facility attributable to the meal.

This is a complex area of tax law but the 100 percent deduction is derived as follows:

It has been widely reported that technology companies sometimes compete with each other to offer extensive — and even elaborate — in-house meal options to employees. In some cases, the food is available all day long.

If the IRS shuts down the tech industry’s food practices, its line of attack might be that under existing guidance, most of the reasons cited above for providing meals don’t appear to support treating the perk as excludable from tax. In fact, regulations specifically state that meals “will be regarded as furnished for a compensatory business reason of the employer when the meals are furnished to the employee to promote the morale or goodwill of the employee, or to attract prospective employees.”

However, the first reason — that employees have an incentive to work longer hours — might be considered a non-compensatory business purpose.

If there’s no substantial non-compensatory business purpose, the employer wouldn’t be able to deduct the entire cost of providing the meals because they wouldn’t qualify as tax-free de minimis fringe benefits under the law. The employer could claim a 100 percent deduction if it treated the meals as compensation, but only if the cost was so treated on the taxpayer’s income tax return as originally filed.

It’s possible the IRS could allow a tech-industry exception from the generally applicable meal rules, but that may not go over well with other industries that would like to provide in-house meals to employees with favorable tax treatment. Stay tuned.