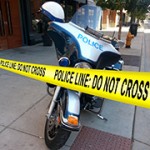 The recent terrorist attacks in France may have prompted Congress to reauthorize the Terrorism Risk Insurance Act (TRIA), which had expired at midnight on December 31, 2014. The U.S. House of Representatives approved a bill on January 7 that extends protection for six more years and shifts more of the burden for covering losses from a major terrorist attack to private insurers than the previous version of the law. The Senate swiftly and overwhelmingly — with a vote of 93 to 4 — approved TRIA on January 8. The President is expected to sign the bill into law.

This means that all commercial insurance policies offering TRIA terrorism coverage will once again be backed by the federal government. Companies operating in industries that are vulnerable to terrorism risks — such as construction, real estate, hospitality and recreation — can collectively breathe a sigh of relief. But it’s important that businesses reassess their coverage to identify and patch any gaps, especially if they’re located in major cities that could be targeted by terrorists.

A standard homeowner’s policy includes coverage for property damage and damage to personal possessions as a result of terrorist attacks. However, terrorism may not be specifically referenced.  This type of policy typically offers protection for homeowners due to fires and explosions, which are common methods of terrorist attacks.

Owners of co-ops or condominiums can also have protection for personal possessions in the event of a terrorist attack.  Damage to common areas is only covered if the board has purchased terrorism coverage, so people who live in large complexes should be aware of this.  The same is true for people who rent apartments.  While personal possessions are covered, damages to any common areas are the responsibility of the landlord.

If a car is destroyed or damaged due to a terrorist attack, an auto insurer will generally only cover the destruction if the owner purchased comprehensive coverage.  People who have vehicles that are still on loan or lease terms must carry this coverage.  Those who have only liability insurance won’t be covered.

Life insurance policies do not include exclusions for terrorism.  If a policy holder dies in a terrorist attack, the beneficiaries will still receive their money.

Before September 11, 2001, commercial insurers provided terrorism coverage without extra costs in general insurance policies. After 9/11, the situation changed “as insurers realized the extent of possible terrorism losses,” according to a report from the Congressional Research Service. It’s estimated that losses from the 9/11 terrorist attacks were approximately $32.5 billion ($40 billion in current dollars) — the largest amount ever recorded for a non-natural disaster.

In 2002, terrorism insurance was either very expensive or not available because it was excluded from policies. There was concern that a lack of coverage could hurt the economy.

Congress responded by passing TRIA in 2002. Under the law, insured losses covered by private insurers are reinsured by the federal government. In other words, if a major terrorist attack occurs, the federal government will share some of the loss with private insurers. The precise amount is based on a predetermined formula that depends on the size of the loss. TRIA coverage extends to commercial property owners, such as shopping malls, factories and offices that are required to carry terrorism insurance.

The latest congressional legislation is similar to the recently expired law, but it reduces the government’s exposure by gradually increasing the point at which coverage kicks in to $200 million (up from $100 million under the previous version of the law) and lowering the government’s share of catastrophic losses from 85 percent to 80 percent.

Here’s an overview of the recently renewed TRIA coverage for businesses:

When Will Terrorism Coverage Kick In? Under the law for commercial insurance, a terrorist attack must be declared a “certified act” by the U.S. Secretary of the Treasury, which requires at least $5 million in damage. If a business doesn’t buy terrorism insurance and an attack causes damage to its property, the business would generally not be covered for losses.

No such declaration by the Secretary of the Treasury is needed for auto or home coverage. These policies are not allowed to exclude acts of terrorism (see sidebar at right).

What Is Not Covered? Restrictions apply to biological, nuclear, radiological and chemical events for both commercial and personal policies. Risk exclusions that are war-related reflect the reality that damages stemming from war acts aren’t insurable. For the war risk exclusion to apply, no formal declaration is needed from Congress. If some exclusions are allowed by a state, TRIA states that insurers don’t have to make the excluded coverage available.

What about Business Interruption Coverage? Commercial buildings that sustain damages from terrorist attacks may include claims for business interruption. Insurance for this type of incident covers financial losses stemming from firms suspending business due to direct damages or access restrictions placed by civil authorities. Although coverage depends on individual policies, it usually begins after a waiting period of at least two days and lasts anywhere from two weeks to several months.

What about Workers’ Compensation? This is a compulsory coverage for business owners with employees. It covers workers who are killed or injured on the job, so it automatically includes acts of terrorism. This is the only type of coverage that doesn’t exclude war act provisions. In every state, exclusion of workers’ compensation coverage for terrorist attacks isn’t allowed.

TRIA brought “much needed capacity back to the market at a critical time,” according to the Insurance Information Institute. Fortunately, no terrorist attacks have required the government to make a payout under TRIA. But in light of impending ISIS and Al Qaeda threats, the law reassures private insurance companies and businesses that losses will be backed by the federal government in the event of a major terrorist attack that causes losses of $200 million or more.

Several commercial insurance companies offer insurance policies to help U.S. businesses address potential gaps in coverage. These policies may extend protection to more situations without a government certification requirement. For example, additional coverage may be purchased to protect against acts of sabotage or provide coverage for business interruption and radiological contamination.

Even though the government has reauthorized TRIA, some small business owners worry they won’t have the resources to withstand uninsured losses up to the point at which the government’s reinsurance program kicks in. Stand-alone policies can be offered with lower limits to provide businesses with a higher degree of coverage certainty. This coverage may be more affordable than you think. According to the Congressional Research Service report, the initial price of terrorism coverage was high when the insurance was first introduced but it has declined in the last decade.

So far, the government has not paid out proceeds under TRIA — and, hopefully, it will never be triggered. But a renewal of the government’s terrorism insurance protection provides added peace of mind in today’s volatile geopolitical climate. If you operate in a high-risk industry or geographic area, discuss your risks with a financial adviser immediately to identify and patch any business coverage gaps.