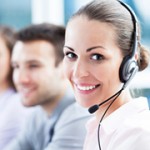 To help protect consumers from telemarketing fraud and educate the public about the differences between legitimate and fraudulent telemarketing practices, in 1995 the Federal Trade Commission (FTC) issued the Telemarketing Sales Rule (TSR). The TSR essentially spells out who and when telemarketers can call and certain things they must say. The rule has been amended several times. And now it’s been amended again. Here are the details, including some important background information to help you comply with the FTC’s latest requirements.

How Does the TSR Currently Restrict Telemarketers?

The TSR has been updated several times. For example, in 2003, the FTC amended the TSR to prohibit telemarketers from calling consumers who have put their phone numbers on the National Do Not Call (DNC) Registry. In another significant amendment, the TSR was expanded to cover solicitations of charitable contributions by for-profit telemarketers. In 2008, the FTC changed the rule to restrict the use of prerecorded messages in telemarketing calls. In 2010, the rule was further amended to address deceptive and abusive debt relief services.

Telemarketing activities may also be regulated by state laws. The FTC and Federal Communications Commission have collaborated with local governments to create a unified national system enabling “one-stop” service for consumers and businesses seeking to comply with the requirements.

Important note: Compliance is serious business. Any business that violates the TSR is subject to civil penalties of up to $16,000 per violation. In addition, violators may be subject to nationwide injunctions that prohibit certain conduct. They also may be required to pay redress to injured consumers.

Are Your Promotional Campaigns Covered by the TSR?

If your telephone marketing campaigns involve any calls across state lines, you may be subject to the TSR’s provisions. These campaigns may include outbound telemarketing calls your sales reps make or calls you receive in response to advertisements.

The TSR defines telemarketing as, “A plan, program, or campaign . . . to induce the purchase of goods or services or a charitable contribution” involving more than one interstate telephone call. The TSR also covers calls made from outside the United States if they’re made to consumers in the United States.

Some types of businesses aren’t covered by the TSR — even though they often engage in telemarketing activities — because they’re not regulated by the FTC. Specific exempt entities include:

Businesses that contract with an exempt entity to provide telemarketing services generally must comply with the TSR, however.

Some types of calls also aren’t covered by the TSR, regardless of whether the entity making or receiving the call is covered. Examples generally include unsolicited calls from consumers or calls placed by consumers in response to a catalog or direct mail campaign. But upselling — when a telemarketer tries to sell additional goods or services during a single phone call, after an initial transaction — are typically covered by the TSR, even if the initial transaction is exempt.

What Changes Has the FTC Recently Made?

In 2013, the FTC proposed a new set of amendments to the TSR. After a public comment period, the agency has approved final amendments that ban four types of payment methods:

These methods are favored by fraudsters because they aren’t subject to federal laws that protect consumers who use credit or debit cards. In addition, these transactions may be difficult to reverse. For example, once a fraudster anonymously picks up cash from a cash-to-cash money transfer, it’s usually irretrievable.

“Con artists like payments that are tough to trace and hard for people to reverse,” said Jessica Rich, Director of the FTC’s Bureau of Consumer Protection. “The FTC’s new telemarketing rules ban payment methods that scammers like, but honest telemarketers don’t use.”

Some people mistakenly believe that the TSR amendment restricts newer technology-based payment methods, such as authorized online payments from a consumer’s bank account or the use of digital checks created with smartphones. That’s untrue. The FTC took care to draft its amendments to specifically target the ways scammers exploit novel payment methods that reputable telemarketing companies don’t use.

In addition to banning these fraud-prone payment methods, the amended TSR expands the existing restrictions on charging advance fees for recovery services to cover losses both in prior telemarketing and non-telemarketing transactions. Often these advanced fees are associated with deceptive telemarketing practices. And the amended rule clarifies that you must include a description of the goods or services purchased when you tape-record a consumer’s “express verifiable authorization” of the charges.

The amendments also make it harder to contact consumers on the National DNC Registry. Here’s a summary of the major changes:

How Can You Remain TSR-Compliant?

To keep your sales and marketing operations TSR-compliant, you may need to review your current policies and procedures, as well as conduct additional training for your employees. Consult with your professional advisers for more detailed information on the TSR. The latest round of changes will generally go into effect 60 days after the amended rule is published in the Federal Register. However, the payment method prohibitions become effective 120 days later.