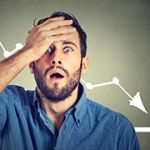 Do you regret converting your traditional IRA into a Roth IRA? Fortunately, a taxpayer-friendly aspect of the Roth conversion rules is that you have until October 15 (adjusted for weekends) of the year following the year of a conversion to reverse it. In other words, the deadline for reversing any 2016 Roth conversions is October 16, 2017.

Why would you want to reverse your Roth IRA conversion? If the underlying assets held in your Roth IRA have performed poorly, causing the value of your account to plummet, you might want to reverse the account back to traditional IRA status. That way, you can avoid being taxed on account value that has disappeared since the conversion. Here’s how a reversal works.

In IRS parlance, a Roth IRA reversal is called a “recharacterization.” It’s done by turning in a form to your Roth IRA trustee or custodian.

To illustrate when it makes sense to recharacterize an account, suppose you converted two traditional IRAs into Roth accounts in 2016. Account A has increased in value, but Account B has plummeted in value due to poor performance of stocks held in the account. Unfortunately, you still have to pay income tax on the account value that has disappeared — unless you recharacterize Account B back to traditional IRA status by the October 16 deadline.

After the recharacterization, it’s as if the ill-fated conversion never happened, so you won’t owe any income tax on the now-reversed transaction. Moreover, you can leave Account A in tax-free Roth IRA status; there’s no need to reverse both transactions.

Recharacterizations are more complicated if the Roth IRA includes other contributions in addition to the 2016 conversion contribution that you now want to reverse. In this case, it may not be possible to simply recharacterize the entire Roth account back to traditional IRA status.

For instance, if the Roth IRA includes contributions for pre-2016 tax years, it’s too late to recharacterize the part of the account balance that’s attributable to those contributions back to traditional IRA status. However, up to the October 16 deadline, you can still reverse an ill-fated 2016 conversion contribution by telling the IRA trustee or custodian to move that contribution (along with the related losses) back into a traditional IRA.

What happens if you reverse a Roth IRA conversion and then later decide to convert the account back to Roth status? This is allowed under the tax code — and there may be good reasons to do so. This time around, however, the conversion tax hit will be lower (all other things being equal), because the account is now worth less than when you originally converted it.

However, there are timing restrictions on the reconversion privilege. After an account has been recharacterized back to traditional IRA status, it can’t be reconverted to Roth status until the later of:

If you already filed your 2016 tax return, you can still reverse any ill-fated 2016 Roth IRA conversions. All you need to do is file an amended 2016 return to receive a refund for the tax paid on the now-reversed 2016 Roth conversion.

Regardless of whether you’ve filed your income tax return, your tax professional can help you file the right paperwork to recharacterize an ill-fated IRA conversion and get your retirement savings plan back on track.

© Copyright 2017. All rights reserved. Brought to you by: McClanathan, Burg & Associates, LLC