Plan Ahead for Changes to Overtime Pay Rules 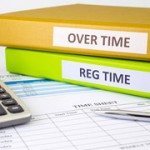 It’s been about five months since the Department of Labor’s (DOL’s) Wage and Hour Division issued its proposed update on overtime rules. Specifically, the agency has suggested revisions to the definition of which employees are exempt from overtime pay requirements and which are not (referred to as the “white collar exemption”).

The proposal elicited 264,093 responses during the two-month comment period. There’s no way to know how much, if any, of this feedback will find its way into the final rules, which should go into effect sometime next year. So it’s prudent to plan ahead.

A key element of the proposal is to set the white collar salary threshold at the 40th percentile of “weekly earnings for full-time salaried workers.” The DOL estimated this would be $970/week ($50,440 annualized) in 2016 with annual adjustments for inflation. That standard figure is more than double what it is today, at $455 per week.

Employees earning less than the revised amount might still be exempt from overtime pay requirements if their jobs fall under the “executive, administrative or professional duties” exception. But the DOL cautioned that, “Job titles do not determine exempt status … for an exemption to apply, an employee’s specific job duties and salary must meet all of the applicable requirements provided in the Department’s regulations.”

In the proposal, the DOL also asked for comments on whether the standard duties tests are working as intended to screen out employees who aren’t bona fide “white collar exempt employees.” So, be aware that there could be changes to the job duties tests coming in addition to any changes to the salary standard.

What should you do now? While keeping in mind that the final rules could be somewhat less aggressive than the proposed ones, it’s a good idea to have a plan in place for dealing with the extra costs your company may incur.

Start by reviewing your payroll and identifying which nonexempt employees are paid above the current $455 per week standard, but less than the projected standard of $970 per week. Are any of them putting in more than 40 hours a week? If so, you need to determine:

If you intend to adjust the duties of nonexempt employees to avoid overtime pay, there are various ways to handle the adjustment. You could, for example, bring part-time help on board to work the additional hours.

You could also “zero-base” each job. This means you start from the ground up and rigorously review every task that an employee handles. Is each job task truly necessary, and is the amount of time the employee takes to do each one justified?

Yet another possibility, at least on a temporary basis, would be to judiciously reassign any “exempt” (that is, executive, administrative or professional) job tasks to a worker whose exempt status is beyond question. But be careful not to overload exempt employees, as doing so could diminish their productivity.

Is a Raise More Economical?

You might also analyze whether you’d save money by giving raises to any nonexempt employees whose earnings are close to the threshold. Doing so may prevent these workers from becoming eligible for overtime pay.

For example, let’s assume the proposed $970/week threshold sticks. What would happen with employees making $940/week for a 40 hour workweek while working eight hours per week of overtime?

Suppose, instead, that you raise these employees’ pay to exceed the $970/week standard by giving them a $35/week raise. At $975/week, these workers would be exempt from overtime pay. So their total earnings, at $975/week, would represent a savings to the company of $247/week.

In another calculation involving the same employees, you could take the view that the nature of the job really does require 48 hours per week, and the workers are being paid appropriately. Therefore, you could translate that to a lower hourly rate.

So instead of dividing earnings of $940 by 40 hours, divide the earnings by 48 hours. That equals an hourly rate of $19.58, which would be the rate you’d use to calculate overtime pay.

As noted, the $970 per week threshold was based on an estimate of the 40th percentile of salaried workers. The DOL could, in the face of strong pushback by employer groups that have severely criticized the proposal, change this standard. The National Federation of Independent Business, for example, predicted that the proposed regulations would “have a substantial negative impact on small employers and their employees.”

There’s always the chance that the DOL could implement a lower threshold, for instance, the 35th or 30th percentile. Those would lower the dollar limits to an estimated $852 and $773 per week, respectively. But you can still apply the same math principles to determine how much you’d have to pay.

Whatever approach you decide to take when the final regulations are out, communicate it clearly and carefully to employees. Otherwise, depending on how you proceed, workers may greatly overestimate the overtime they could earn — potentially leading to conflicts and a drastic drop in morale. An HR professional can assist you with both the analysis and planning for any required changes to your overtime policy.