Capital vs. Ordinary: Classifying Income and Losses Affects Your Taxes 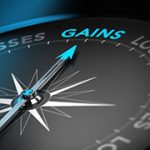 Most of the time, how to classify gains and losses from selling an asset is fairly straightforward. But there are some gray areas that require a closer look at the facts and circumstances, especially when real estate is involved, as a couple of recent cases demonstrate.

The issue of deciding how to classify gains and losses from selling an asset affects more than just real estate. In a 2017 private letter ruling, the IRS allowed a termination payment made pursuant to a patent sale agreement to be treated as a capital gain.

This ruling involved three individual taxpayers who owned a patent through a limited liability company (LLC) that was classified as a partnership for tax purposes. The LLC sold all substantial rights to the patent to a third party in exchange for payments from the third party based on sales of the patented product.

When the third party was acquired, it sought to end its obligations to the LLC by making a termination payment. The LLC accepted the offer. The IRS concluded that the Internal Revenue Code allowed favorable long-term capital gains treatment for the taxpayers’ respective shares of the LLC’s gain from the termination payment.

Distinguishing between capital and ordinary gains and losses is an important issue for two reasons:

1. Tax rates on gains. Net long-term capital gains recognized by individual taxpayers are taxed at much lower rates than ordinary gains. (“Long-term” means the asset has been held more than one year.) Under the current rules, the maximum individual federal rate on net long-term capital gains is generally 23.8%, if the 3.8% net investment income tax applies (20% + 3.8%). In contrast, the maximum individual rate on ordinary gains, including net short-term gains, is 43.4%, if the 3.8% net investment income tax applies (39.6% + 3.8%).

Annual net capital loss deductions for individual taxpayers are limited to only $3,000 (or $1,500 for married individuals who file separately). Any excess net capital loss (above the currently deductible amount) is carried forward to the following tax year and is subject to the same limitation.

Net capital losses incurred by C corporations can’t be currently deducted. Instead, they only can be carried back for three years or carried forward for five years. (Note that these periods are different from those for net operating losses.)

Sales of capital assets qualify for treatment as capital gains or losses. Capital assets specifically exclude inventory. Inventory is property held by the taxpayer primarily for sale to customers in the ordinary course of the taxpayer’s business.

The U.S. Tax Court and the Ninth U.S. Circuit Court of Appeals have identified the following five factors as relevant when determining whether real property is inventory:

1. The nature of the acquisition of the property,

2. The frequency and continuity of property sales by the taxpayer,

3. The nature and extent of the taxpayer’s business,

4. Sales activities of the taxpayer with respect to the property, and

5. The extent and substantiality of the transaction in question.

Taxpayers have the burden of proving that real property isn’t inventory. If they fail to meet that burden of proof, the IRS will win the argument.

In a recent decision, the Tax Court addressed the issue of whether a taxpayer’s redevelopment property was a capital asset or inventory held for sale to customers. (Jeffrey Evans v. Commissioner, T.C. Memo 2016-7)

The taxpayer was a full-time employee of a real estate development firm. Outside of his regular job, he personally purchased residential real estate properties in Newport Beach, Calif. He intended to demolish the existing structures on the property and build a two-unit residential structure that he would either sell or rent out. The taxpayer incurred costs to prepare the property for redevelopment, including:

Based on its evaluation of the five factors (above), the Tax Court concluded that the taxpayer’s personal real estate activities didn’t constitute a business. According to the Tax Court, the Newport Beach property was held for investment rather than held for sale to customers in the ordinary course of business. Therefore, the property was a capital asset and the taxpayer’s loss was a capital loss.

In another decision, the Eleventh U.S. Circuit Court of Appeals looked at whether an individual taxpayer’s proceeds from selling the rights to buy land and build a luxury condo project were properly characterized as long-term capital gain rather than ordinary income. (Philip Long v. Commissioner, 114 AFTR 2d 2014-6657, 11th Cir. 2014)

In this case, the taxpayer was a real estate developer who operated his business as a sole proprietorship. In 2006, he received $5.75 million in exchange for selling contract rights to buy a parcel of land in Fort Lauderdale, Fla., and build a luxury condominium tower on the parcel. He had been working on this project for 13 years and had obtained the contract rights in a lawsuit involving the property.

The taxpayer treated the proceeds from the contract rights sale as long-term capital gain on his 2016 income tax return. But the IRS, after auditing the taxpayer’s return, claimed that the proceeds were paid in lieu of future ordinary income payments and, therefore, counted as ordinary income.

The Tax Court agreed with the IRS that the proceeds constituted ordinary income, because the taxpayer intended to sell the land underlying the condo project to customers in the ordinary course of his business. On appeal, the Eleventh Circuit reversed the Tax Court’s decision.

The Eleventh Circuit pointed out that the Tax Court had erred by concluding that the taxpayer had sold the land underlying the condo project for the $5.75 million. In fact, he’d never owned the land. What he actually sold was the right to purchase the land pursuant to the terms of the condo development agreement and the associated right to build the condo tower.

The Eleventh Circuit also concluded that the taxpayer had owned the contract rights for more than one year, because they resulted from a lawsuit that was filed two years earlier. Because the contract rights constituted a capital asset that the taxpayer had owned for more than a year, he was entitled to treat the proceeds from selling the rights as a long-term capital gain.

It’s almost always better to be able to characterize a taxable gain as capital rather than ordinary. Conversely, characterizing taxable losses as ordinary rather than capital is generally beneficial. Your tax advisor can help you understand this issue and, when debatable facts and circumstances arise, build a defensible case for favorable treatment of gains and losses.