Can You Squeeze in a Home Office Deduction? 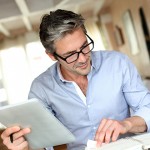 Normally, a taxpayer may qualify for home office deductions when he or she uses a separate room or clearly divisible space strictly for business purposes. But what if your place is so small that you can’t avoid at least some minimal personal use? That was the situation in a new case decided by the U.S. Tax Court.

For self-employed individuals, a home office qualifies for deductions if it is used:

There are also special rules for portions of a home used as a child care facility or for storage of inventory or product samples. If you’re a company employee, the home office must be used for the convenience of your employer. In other words, the employer essentially has to require you to work from home.

If you pass these tax law tests, you’re entitled to write off expenses directly related to your home office, plus a percentage, based on business use, of certain household expenses like mortgage interest, property taxes, utilities, repairs, and insurance. (Generally, all of your mortgage interest and property taxes are otherwise deductible on Schedule A.) Furthermore, you may claim a depreciation allowance or rent deduction for the portion of your home attributable to business use.

For many taxpayers, the most difficult part of the tax law test is using the home office “exclusively” for business purposes.

In 2008, BrandingIron Worldwide, Inc. (BIW), a public relations and marketing firm headquartered in Los Angeles, hired the taxpayer as its account director in New York City. She was responsible for managing existing client accounts, hosting press events, producing style guides, and assisting clients with product line development and communications. She was also expected to attempt to recruit new clients.

At the time of her hiring, the taxpayer was BIW’s only employee in New York. Because the company didn’t have a location in the city, it asked her to work from her studio apartment until it could obtain commercial office space. But it never did so and she continued to work from her apartment through 2009.

BIW listed the taxpayer’s apartment address and telephone number on its website as the address and phone number for its New York office. Usually, she worked weekdays between 9 a.m. and 7 p.m., but was generally expected to be available at all times.

The studio apartment was a single room with a total living area of only 700 square feet, divided into three equal sections:

1. An entryway, a bathroom, and a kitchen area;

All Dressed Up With No Tax Place to Go

Generally, you may be able to deduct the cost of purchasing and cleaning uniforms or other clothing that is not suitable for everyday wear.

In the case described in the main article, BIW specified the style and color of clothing that its employees were expected to wear to events and productions. But the employees weren’t required to display a BIW logo or similar distinctive marking on their clothing.

Miller bought three black evening dresses to wear to BIW events in 2009, but admitted that the dresses were also suitable for personal wear. Therefore, she couldn’t claim a deduction for these items.

2. Office space, including a desk, two shelving units, a bookcase, and a sofa; and

3. A bedroom area including a platform bed and dressers.

The taxpayer had to pass through the office space to get to the bedroom. She often met with clients in the office and performed BIW work there using a computer on the desk. Although she used the office space primarily for business, she occasionally used it for personal purposes.

In 2009, the taxpayer paid rent of $26,200, cleaning service charges of $1,680 and $1,896 to TimeWarner Cable for a package of services, including cable television, a telephone line and wireless Internet access. She used the cable television exclusively for personal use, the telephone line exclusively for business and the wireless Internet for both with an estimated business use of 70 percent. She also incurred travel and entertainment (T&E) expenses involving clients. Finally, the taxpayer paid $992 for cellular phone service, using the cellphone both personally and for business.

At trial, she testified she maintained complete and accurate records of her business expenses for 2009 — including meeting logs, receipts and invoices for various expenditures — but lost most of them when she moved to a new apartment in 2011. The taxpayer did produce spreadsheets created in conjunction with her tax return filing as well as checking account statements for 2009. On her 2009 return, she reported wage income of $48,680, with a deduction of $34,933 for unreimbursed employee business expenses, including the home office deduction and T&E expenses.

Outcome of the Case

The Tax Court noted that BIW listed the taxpayer’s apartment address on its website as the address for its New York office. The taxpayer provided credible testimony that she regularly used one-third of her apartment space as an office to conduct BIW business, that she met with clients there and that she was expected to be available to work well into the evening. Based on the record, the Court was convinced that the apartment was the taxpayer’s principal place of business and that she was obligated to use the space as an office for the convenience of her employer.

Significantly, while the taxpayer admitted that she sometimes used the office space for nonbusiness purposes, the Court found that her personal use was de minimis and wholly attributable to the practicalities of living in a studio apartment of such modest dimensions. Therefore, she was entitled to home office deductions.

Accordingly, the Court decided the following:

Lessons to be learned: It appears that the Tax Court may be lenient in assessing whether an office space is used exclusively for business if the dimensions make it virtually impossible to avoid any personal use. Nevertheless, you can strengthen your tax position by keeping accurate and detailed records to support your claims. Whenever possible, remember that the use of your home office should be “strictly business”.

If you qualify for home office deductions, you can now deduct a simplified safe harbor amount of $5 per square foot up to a maximum of $1,500 (300 square feet). That’s not overly generous, but it means you can itemize your full mortgage interest and real estate taxes on Schedule A of your personal tax return. This simplified method became available beginning in 2013.

In some parts of the country, the effective savings of the new simplified option may be as much as if you claimed actual home office expenses. But if you live near a major metropolitan area, the simplified option might amount to a fraction of the actual expenses.

Keep in mind the simplified option only makes the recordkeeping burden easier. It does not change the criteria for whom can claim home office deductions. There’s no simplified method for qualifying in the first place.

Pick One Method for the Year

If you have questions about whether you qualify to claim home office deductions on your tax return, consult with your tax adviser.