Can You Require Psychological Exams for Some Employees? 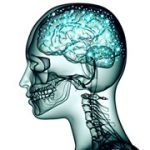 Telling someone, “You need to have your head examined” probably isn’t a good idea. Even if you believe it, you should never use those words when talking to an employee. But there may be times when the statement is accurate, such as when a worker’s behavior crosses the boundary between merely obnoxious and downright scary.

Can you require an employee to undergo a psychological exam? Under some circumstances, yes — but, among other requirements, you must strictly adhere to the standards of the Americans with Disabilities Act (ADA).

This issue falls under the purview of the ADA because a mental health problem could be deemed a disability that employers need to accommodate, instead of clear grounds for suspension or termination.

As with all ADA requirements, the basic test for employers is whether an employee issue hampers the employee from performing essential job functions, or poses a “direct threat” to business operations. When a problem arises, “it may be consistent with business necessity for an employer to make disability-related inquiries or require a medical examination,” according to the Equal Employment Opportunity Commission.

Your determination that one or both of those conditions exists must be based on “objective evidence obtained, or reasonably available to the employer” before you require a medical exam, instead of merely being based upon general assumptions. Evidence can include “information learned from another person,” such as co-workers or a supervisor, so long as it would “give rise to a reasonable belief” that a serious issue exists.

Ordinarily, if an employee is seeking an accommodation under the ADA, that person will supply evidence from his or her own health care professional. However, you can still require that the employee submit to a medical exam by a health care provider that you designate if you aren’t persuaded by what you learn from the employee’s provider. The scope of the medical exam and information shared with you must strictly be job-related.

The process can be streamlined if you believe an employee’s condition poses a “direct threat” to “safely perform the essential functions of the job.” What kind of threat? The EEOC doesn’t spell that out, but it could be a direct threat to the employee him, to customers or co-workers.

The threat to co-workers was the subject of the recent litigation.

An employee of the Illinois Department of Transportation had built up a track record of troubling behavior and comments to co-workers, including false accusations of mistreatment. Her supervisor conducted an investigation and kept records of statements made by co-workers.

The supervisor eventually required the employee to be examined by the agency’s “fitness for work” physician, who gave the employee provisional approval to stay on the job, with a recommendation for a follow-up examination “based on the [employee’s] mood swings and her fast pressurized speech during his evaluation.”

Later, co-workers expressed concern for their personal safety because she was prone to outbursts and to walking around at work talking to herself. Some said they feared she might become physically violent, and as a result, asked to be escorted to their cars after work.

In one email exchange, the employee made a cryptic reference that included the statement, “Something’s dead alright — however, I prefer to be ‘a lady’ and not say what I think is dead,” followed by a smiley face emoticon. That comment was deemed to be particularly menacing.

After a second evaluation by a physician, the employee was referred to a psychologist and was allowed to return to work after a paid leave of absence. She was transferred to a different department, where she maintained a detailed log of her interactions and conversations with her new co-workers, as well as conversations she overheard between colleagues.

When questioned about the purpose of the logs, she explained she was trying “to figure out why she was put on leave.” Later, she apparently realized that her supervisor was concerned about the time she spent logging the conversations rather than working. In response, she began sending the supervisor “numerous emails.” Some of the messages were sent in the middle of the night and were described in the court record as “nonsensical and not work-related.”

She was subsequently examined by another psychologist, who concluded she suffered from a paranoid personality disorder. This condition, combined with “the highly disruptive behavior that is resulting from her paranoia,” rendered her unfit for work, said the second psychologist. After losing that job, the former employee spent roughly two years unemployed.

Later, after getting a job with a different state agency, the employee sued her former employer claiming “she suffered the adverse action of prohibited medical examinations over the nearly two years when she was on disability leave without income,” according to court documents.

The court rejected the employee’s claims by stating the original employer’s actions “were based on legitimate concerns and its employees reasonably responded to the situation which they encountered.”

Note that the response the court called “reasonable” included the employer focusing on the work-related impact of the behavior, carefully documenting the problematic conduct, and not acting too hastily in letting her go.

Clearly, this is a sensitive area to handle in any workplace. If your company is faced with a potential employee mental health issue that affects your workforce, consult with an employment attorney to make sure you proceed in the right direction.