What Can You Do About Employee Misbehavior After Hours? 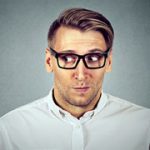 There are plenty of things employees may be doing off-duty that you might not approve of, whether it’s unhealthy or anti-social behavior, or even some unlawful activities, such as smoking marijuana (depending on the laws in your area). Yet even with an “at will” employment relationship, which in theory allows you to terminate an employee for any reason, plenty of exceptions exist.

Some of those exceptions are clearly spelled out by state and local laws. For example, Montana prohibits employers from disciplining or firing employees for off-hours, off-premises use of “lawful consumable products” such as alcohol or tobacco.

What your employees are doing when not at work generally is only a matter of legitimate concern to you when:

2. The behavior or action can damage your company’s reputation, or

3. The action can hurt your business concretely in some other way.

Here are some possible examples of the first criterion:

The second criterion involves damage to your company’s reputation. Such behavior can be hard to pin down, and might vary according to the stature of the individual. A newly hired, entry-level employee’s notorious after-hours behavior would probably cause less harm to your company’s reputation than that of a long-term senior manager. But regardless of the person’s stature, it’s important to be able to show that harm was caused. For example, if challenged, you might need to make the case that knowledge of the offensive behavior became widespread.

The most common example of the third criterion, concrete harm to the business, is an employee who moonlights for a competitor. In general, you are within your rights to establish and enforce a policy barring employees from working for your competitors.

As with policies governing behavior at work, it’s important to formalize your guidelines by putting them in writing. Make the guidelines clear and detailed, and ensure your employees are familiar with them. Then enforce them consistently.

Unless you have a crystal ball, you might only learn about offending off-duty employee behavior from other employees. Naturally you’ll need to seek verification that the information is accurate before proceeding. Depending upon the nature of the misdeed, that verification might be gained through public police records.

Often you’ll need to make a subjective assessment as to whether the report is worth investigating. The determining factors are its relevance to the employee’s job effectiveness and possible harm to the organization.

If you ask the alleged perpetrator about the matter and the allegation is false, you may needlessly disturb the employee and create friction in your relationship with that worker.

Also, whether the allegation turns out to be accurate or false, it’s important for the “witness” not to discuss it with other employees. If the allegation is based on hearsay and is untrue, the accused employee’s reputation will be needlessly sullied. If it’s accurate, then it’s a personnel matter that should be handled just as discretely as any other.

Keep in mind that you need to “let the punishment fit the crime.” Your options are no different than those available to you with respect to on-the-job behavioral policy guideline infractions, ranging from taking no action, to suspension (with or without pay), to termination.

If you plan to terminate the employee, do so only if you’re confident you can beat a wrongful termination charge by being able to show how the behavior has harmed the business. You will also need to be sure your action doesn’t violate any state or local laws. An employment attorney can guide you through the process.