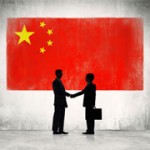 During his first state visit to the United States in September, Chinese President Xi Jinping discussed a range of global, regional and bilateral issues with U.S. President Obama. The leaders’ discussions included their joint vision for an international agreement on climate change that will be concluded in Paris this December.

The state visit was followed by news reports that Chinese stocks had posted their worst quarterly loss since early 2008, retreating almost 30% as concerns grew that the slowing economy was crushing company profits. Despite its weak stock performance in the third quarter, China’s recent press coverage has piqued interest in Sino-American business opportunities. Even so, Americans continue to debate the risks that come with doing business with China.

3 Keys to Success in Chinese Markets

1. Relationships. It’s critical for foreign exporters, importers and investors to establish and maintain close relationships with their local Chinese counterparts and relevant government agencies. Often this means entertaining business partners without any discussion of business. Personal relationships can sometimes trump legal contracts. This is a cultural difference that owners and managers of American companies should be aware of.

2. Localization. Chinese customers welcome products made in the United States, but they often prefer local customer support from a Chinese entity. (Keep in mind, China is a huge country comprising many different local subcultures. A person from Beijing has different social norms and traditions than someone from Shanghai, for example.) Although a growing percentage of Chinese citizens speak English, U.S. companies should understand the limits of English language proficiency and produce documents in Chinese. Mandarin Chinese is the national language, spoken by over 70% of Chinese. Other than Mandarin, there are six major Chinese dialects.

3. Logistics. Timely delivery and adequate inventory levels are essential to success in the Chinese market. The Chinese government may impose regulatory barriers to international logistics companies that try to distribute goods in China. So, it may be worthwhile to work with a local agent or distributor to ensure on-time delivery.

Here’s a look at the business opportunities China presents, the options open to U.S. companies wishing to do business there and the top concerns that Americans have doing business with China.

In November 2013, President Xi rolled out an ambitious agenda to liberalize the Chinese economy. Over the last two years, the Xi administration has begun to implement policy changes to increase Chinese consumption, stimulate innovation and develop a world-class services sector. President Xi’s recent visit to the White House is part of his ongoing agenda to open China to western capitalist markets.

China is now our second largest goods trading partner. Sino-American trade amounted to $562 billion in goods during 2013, according to the Office of the U.S. Trade Representative. We exported $122 billion in goods to China and imported $440 billion from China, resulting in a goods trade deficit with China of $318 billion in 2013. In 1992, two-way trade of goods between China and the United States was only $33 billion.

Today, we import more from China than any other country in the world. In 2013, the five largest import categories from China to the United States were:

4. Toys and sports equipment, and

The Chinese outbound tourism market is another key component of President Obama’s National Export Initiative. The U.S. Commercial Service estimates that 1.8 million Chinese tourists visited the United States in 2014, spending an average of $5,444 each. According to the National Travel and Tourism Office, Chinese tourism in the United States will increase by 239% by 2018.

Growth in the Chinese economy since joining the World Trade Organization in 2001 has significantly improved the average buying power of millions of Chinese workers. The middle class continues to grow as increasing numbers of Chinese workers migrate from rural farms to pursue job opportunities in urban centers.

However, the World Bank currently ranks China 90th out of 189 countries overall in its 2015 Ease of Doing Business report. (The United States ranks 7th.) China ranks poorly in terms of protections for minority investors (132nd) and the ease of paying taxes (120th). It’s also comparatively difficult to get operations up and running in China. In terms of starting a business and dealing with construction permits, China ranks 128th and 179th, respectively.

Representative office (RO). This option has no registered capital requirements, making it the quickest and easiest way to enter China. But ROs aren’t allowed to engage in profit-making activities. Instead, they can only legally participate in market research, investigation, promotional activities of products or services, liaison for the purposes of selling products or services, domestic procurement, or domestic investment. ROs must register with the government to employ Chinese citizens, open a bank account or use business cards that identify the company’s presence in China.

Wholly foreign-owned enterprise. These limited liability companies are free to carry out independent business activities in China. They’re also granted intellectual and technological rights under Chinese law. But the process of applying for a wholly foreign-owned enterprise can be cumbersome and usually requires the entity to register capital, unless its business relates to consulting, trading, retailing or information technology.

Joint venture (JV). Here, ownership is split between foreign investors and Chinese investors. JVs are often established when companies enter industries that are required by law to have a local partner or are still heavily controlled by the government. JVs offer numerous benefits, such as low production and labor costs, the option of using the local partner’s existing facilities and sales/distribution channels, and the opportunity to participate in a larger share of the Chinese market.

Additionally, some foreign companies are establishing franchises that operate multiple retail outlets. U.S. companies that franchise in China typically manage the operations themselves with Chinese partners. Or they might sell to a master franchisee in China, which then leases out and oversees several franchise areas within a territory.

Many of the economic reforms called for by the Xi administration relate to foreign investment, including:

During his recent U.S. visit, President Xi reiterated his commitment to protecting foreign investments in China. “The Chinese government will not, in whatever form, engage in commercial theft or encourage or support such attempts by anyone. Both commercial cybertheft and hacking against government networks are crimes that must be punished in accordance with the law and relevant international treaties,” promised President Xi during a recent speech in Seattle.

If you’re looking to pursue new business opportunities in China or to expand existing ones, it’s important to know — and prepare for — what could be at risk.

What happens in China doesn’t necessarily stay in China. Today’s economy is increasingly global. Even if you never plan to do business directly with Chinese companies, you could still be affected indirectly by Sino-American business relations.

Interconnections between markets in China and the United States are many and varied. For example, concern over Chinese stock market volatility is one reason the Federal Reserve Board kept the Fed funds rate at 0.25% at its mid-September meeting. Today’s lower gasoline prices are also being partially attributed to sluggish demand for crude oil following the Chinese market crash over the summer. In addition, a lackluster Chinese economy has lowered the prices of other commodities, such as natural gas, aluminum and steel, compared with prices from last September.

Moreover, the products you purchase for business or personal use could contain counterfeit or tainted materials from a Chinese supplier or wholesaler, leading to potential quality issues and liability risks. So, no one can afford to ignore market conditions in China.

Although many Americans were apprehensive about business relations with China, they’re less worried than they were three years ago when Pew Research conducted a similar study. For example, the percentage of Americans that were “very concerned” about Chinese debt holdings and job losses are both down 11% from 2012.

Young Americans are also less concerned about doing business with China than older generations. Only 39% of Millennials ages 18 to 29 viewed China unfavorably, compared to 64% of Americans over 50.

In the wake of President Xi’s economic reforms, Americans are slowly warming up to doing business with China. The momentum will continue as the Chinese government takes additional steps toward diffusing some of America’s concerns about human rights violations, poverty, IP infringement, emissions of carbon and other pollutants, and cyberattacks — and younger, more Sino-friendly Americans graduate to managerial positions.