Should Your Business Use GPS to Track Employees? 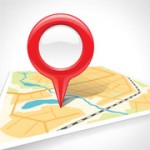 Installing a global positioning system (GPS) in company vehicles and employer-provided phones makes sense on several levels, including for the safety of the employees using them. But if you use a GPS to track the location of employees who work offsite, you might begin to hear rumblings about “Big Brother” spying on workers. However, your business is paying for employees’ time and providing the equipment. Plus, you can argue that tracking serves a variety of legitimate business purposes, such as verifying that your policies are being followed, allowing accurate job costing and providing enhanced security for field workers.

But how much tracking can you legally do without violating the privacy rights of your employees?

The Fourth Amendment to the Constitution protects the right of privacy, part of which is protection from warrantless searches. Generally, courts have upheld that an employee has no reasonable expectation of privacy when using property owned by the employer. Still, many court cases have been initiated by employees when GPS evidence was used against them.

Other lawsuits have been brought when employers placed tracking devices on vehicles that were privately owned. In some instances, the U. S. Department of Justice has defended the use of GPS, noting that GPS tracking of a vehicle on public roads only provides information which could be obtained by visual surveillance.

Currently no federal law prevents employers from using GPS tracking to locate workers in company cars and phones, but laws vary by state. At least 10 states generally prohibit the secret installation of a tracking device on a vehicle for surreptitious tracking, with exceptions for law enforcement.

As the use of global positioning systems has increased, several employment-related cases have made their way to the courts in the last decade or so — some all the way to the Supreme Court — with varying results.

Elgin v. St. Louis Coca-Cola Bottling Co.1 When the company began experiencing cash shortages, the employer notified employees they would be tracked by GPS when driving the company van in order to determine the source of the missing money. One worker, though cleared of wrongdoing, sued, claiming an invasion of privacy. The court responded that the movements of the company van were highly public, therefore the employee had no reasonable expectation of privacy.

Willie Tubbs v. Wynne Transport Inc.2 An altercation between an employee and his employer resulted in the employee’s arrest. Prior to the altercation, the company had installed GPS on all transports. The employee’s attorney claimed that his privacy was invaded by the use of a GPS. The case was settled and the employee was cleared of charges, but the court noted that his claim of a privacy violation was not supported by law.

In cases where the employer is a government entity, there isn’t an apples-to-apples comparison with cases involving private employers. But there are still lessons private employers can take away in these cases in order to avoid pitfalls.

Cunningham v. the New York State Dept. of Labor.3 When a high-level public employee was suspected of falsifying time sheets, the employer tried having the worker tailed by a private investigator. But the employee caught on and successfully evaded detection.

Note: A business might be able to avoid claims of invasion of privacy by turning off tracking devices while employees are off duty, or using another means of tracking during those hours (such as odometer readings on vehicles at the beginning and end of a shift).

United States v. Jones.4 This case doesn’t involve an employee/employer relationship, but has an outcome worth heeding. When law enforcement suspected a nightclub owner of drug trafficking, they employed various means of surveillance, which proved unsuccessful. Police then placed a GPS on his private vehicle. The information gleaned was used in the case against the nightclub owner. The Supreme Court, however, deemed that the use of a GPS on a private vehicle was a warrantless search and therefore unconstitutional.

Note: This case may have implications in future lawsuits where GPS is used on property not owned by an employer and may affect the ability of employers to track employee movement. When Jones went to the Supreme Court, Justice Antonin Scalia said the case could give rise to future claims involving common-law trespass. Because this case relied on information gained by trespass, the government use of GPS was disallowed. The same may be true if an employer places a GPS on a private vehicle without consent. Scalia also noted that when the property is employer-owned, the issue of trespass is irrelevant.

GPS technology can be a valuable asset to your company for a variety of legitimate business purposes. It bears repeating, because laws vary by state, that it’s critical to consult your attorney if you intend to track employee movements based on information produced by a GPS.