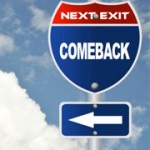 Employees who leave a company of their own volition and later ask to be rehired are sometimes called “boomerangs.” Naturally, very few workers who leave because of their own poor performance — whether they’re fired or quit — reapply with the same company. But it’s not uncommon for employees who change employers for other reasons to realize they were better off where they were.

Let’s look at what kinds of employees tend to be given a second chance, and some points you should consider if boomerang employees shows up seeking (re)employment.

Generally, workers who succeed in getting rehired fall into one of four categories:

Every hiring decision should be made with caution. But rehiring may require a little extra thought — even if the candidate was a rock star whom you hated to lose. Ask yourself questions such as:

Is this person really the best one for the job? If you had a positive experience with a worker, it might be easy and comfortable to just bring back a familiar face. But don’t let that comfort level get in the way of conducting a fresh search for new talent before you make a hiring decision. You might find someone even better.

Why did the employee leave? Suppose a worker left your organization because, though he saw himself as a high performer, his supervisor rated him as mediocre and you compensated him accordingly. But, at the new job, his performance ratings were even worse and he realized he was better off with you. Is this someone you really want back?

What has the employee learned since leaving? Ideally, former employees have gained new experience that make them more valuable to you. If, on the other hand, a worker has just been treading water at a similar job, you might want to think twice about rehiring him or her.

Is this the right opportunity for the employee? Try to consider the job from the former employee’s perspective, too. For example, if it’s just a lateral move, and promotion opportunities are limited, can you reasonably expect him or her to stay with you for a significant period of time? This question is particularly appropriate given the individual’s demonstrated willingness to leave in the past.

What will existing staff members think? Rehiring a former employee — especially if it’s at a higher level than his or her former position — could be bad for morale. Other employees may believe they were passed over for promotion in favor of someone who’s already shown a lack of loyalty. Thus, you could end up creating friction.

Are you overlooking someone else right under your nose? Be sure to give full consideration to promoting someone currently on your staff who might be equally suited to an open position — and may be more loyal.

The cautious, even skeptical, attitude reflected in the set of considerations listed above is apparently giving way to a more open spirit of embracing boomerang employees. A recent Workforce Institute / WorkforceTrends.com survey, focusing on high-performing workers, suggests that’s particularly the case with respect to younger, Millennial generation workers.

For example, nearly half of the surveyed Millennials said they would consider working for a former employer, compared to about one third of GenXers and a slightly lower number of Baby Boomers.

The issue for those would-be boomerangs, however, is how receptive their former employers would be to hiring them back. About half of the HR professionals who took the survey said their companies previously had policies against hiring former employees, but no longer do. More than three quarters of respondents described themselves as “more accepting” of hiring boomerang employees.

If high-performing employees leave your organization on good terms, and you want to keep the door open for them to return, you can stay in touch efficiently by creating an “alumni” Facebook page or inviting them to connect with you on LinkedIn. You might also simply send them periodic company updates via email or snail mail. Just be careful about what you disclose, because some of those former employees may now be working for your competitors.

Of course, it’s always your decision whether to make a job offer to anyone. But be especially careful about rehiring a boomerang. He or she may have been a good worker and nice to have around, and it’s certainly easier to hire someone you know.

But if a rehire causes dissension among your existing staff, or if the boomerang worker stays only a short time and leaves again, you’ll probably be worse off than before. It might be a good idea to seek additional perspectives from other key personnel who supervised or worked closely with the former employee before you make the decision.