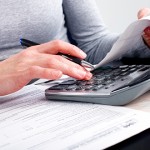 In its attempts to narrow the “tax gap” between what taxpayers report and what they legitimately owe, the IRS is cracking down on taxpayers who fail to report taxable income. For one married couple, the IRS claimed the value of an airline ticket received by redeeming “thank you” award points should be included in gross income, similar to interest income. The U.S. Tax Court agreed.

With the holidays coming up, it’s a good time to review the tax rules involved in giving gifts to employees. Here are six general rules involving the taxation of gifts, awards, and incentives:

The value of employee achievement awards can be excluded from taxable income. However, the award must involve something other than cash, a gift certificate, or cash-equivalent item, and must be given for length-of-service or safety achievement.

The amount an employee can receive tax free is limited to the employer’s cost and can’t exceed $1,600 ($400 for awards that aren’t qualified plan awards) for all awards the employee receives during the year. In addition, the employer must make the award as part of a meaningful presentation. The tax-free exception does NOT apply if:

Redemption of “Thank You” Points is Taxable

Parimal Shankar was a bank customer who was awarded “thank you” points by the institution for maintaining certain balances in his account. He redeemed those points for an airline ticket in 2009. The bank reported the points redemption to the IRS and Shankar on a Form 1099-MISC. The reported value of the tickets was $668.

The taxpayer and his spouse didn’t report this income on their 2009 tax return. But the IRS included the fair market value of the tickets in the couple’s gross income. The taxpayers disputed this change, arguing that Shankar knew nothing about the bank points and received no award.

The Tax Court noted that the term “gross income” has been broadly interpreted. The IRS includes in gross income “all income from whatever source derived,” even if no cash changes hands. The court opinion states that gross income includes “instances of undeniable accessions to wealth, clearly realized, and over which the taxpayers have complete dominion.”

The court also noted that the taxpayers had ample time between their receipt of the bank’s records and the trial to investigate and show the court that it was in error. They failed to do so, however.

The court gave more weight to the bank’s records showing Shankar’s receipt of an award than it did to his testimony to the contrary. The Court proceeded on the assumption that it was dealing with a premium for making a deposit into, or maintaining a balance in, a bank account.

In other words, the “thank you” points were given in exchange for the use (deposit) of Shankar’s money — similar to interest income. In general, the receipt of interest constitutes the receipt of an item of gross income under the tax code. (Parimal H. Shankar and Malti S. Trivedi v. Commissioner, 143 TC No. 5, August 26, 2014)

Many people are surprised by the outcome of this case — and are unaware of the IRS’s broad interpretation of what’s includable in gross income. Most people know that wages, salaries, interest, dividends, tips and commissions must be reported as income on their tax returns. But the tax code requires taxpayers to report all income from any source and any country unless it’s explicitly exempt. There may be taxable income from certain transactions even if no money changes hands.

Here are four lesser-known types of income that are includable in gross income on your Form 1040:

Consult with Your Tax Pro

Most people are honest and want to pay their fair share of taxes. But they may need a refresher on what constitutes taxable income. If you’d like more information about which transactions to include in gross income on your Form 1040 — including the redemption of bank, credit card or frequent-flier points — contact our office at 727-894-1040.