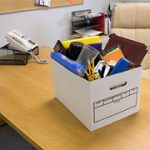 Sometimes, in the life of a business, employers need to streamline the workforce. Doing so might include eliminating some positions altogether. When that happens, it’s important to tread carefully to ensure you don’t unintentionally violate labor regulations.

The most common way employers end up in legal trouble after a job elimination is when the terminated employee belongs to a protected class (under antidiscrimination laws), such as someone over 40 years old. That, in itself, may not spell trouble. But it could if the eliminated job is promptly recreated and filled by someone who isn’t in a protected class (in this case, under 40).

Discrimination may not have been involved at all. But if a person whose job was eliminated is from a protected class and believes there was discrimination, your company may still wind up in court.

It’s also possible to face wrongful termination charges even when the laid-off employee isn’t a member of a protected class. Just as with any other kind of termination, you could be in trouble if the ex-employee can make a case that the layoff was retaliation for actions such as:

Let’s say a male employee wasn’t meeting the company’s performance standards on the job and you failed to deal with that issue according to your own documented procedures. Normally, those procedures would involve implementing progressive disciplinary steps and allowing the employee a chance to turn the situation around. Instead, you simply accelerated his departure by eliminating his position. That laid-off employee might prevail in a wrongful termination case.

A court might also take note if the eliminated position isn’t one that’s normally subject to layoffs. For example, the production staff of a manufacturer would be expected to rise and fall according to the demand for the company’s products, but the same wouldn’t likely be true of the company’s receptionist.

Another cause for suspicion might be if an employer’s stated reasons for rehiring certain employees after a layoff — and not rehiring others — was inconsistent. In one actual case, a company laid off three truck drivers, one of which was over 40. Shortly thereafter, the two younger drivers were rehired. When asked to explain how the company made the decision of whom to not rehire, the reasons kept changing. A court ruled that the layoffs were merely a pretext to get rid of the older driver.

There are no magic formulas for conducting layoffs and subsequently refilling positions in a manner that will allay any suspicion of a legally questionable motive. Naturally, the longer the interval between the layoff and the refilling of the position will play a role, along with the other considerations noted above.

If your jurisdiction is covered by a statute of limitations on wrongful termination claims, waiting that length of time would offer some protection. However, it might be impractical to do so if the circumstances of the layoff have changed and you need to rebuild staff or refill the specific position.

Documentation is key. Needless to say, if you have an established policy for layoffs, adhere to it.

One important element of a layoff policy is the process of determining which laid-off employees might be rehired, assuming they wish to return to the job. Using past performance reviews as a guide isn’t a bulletproof procedure. Any prior performance issues might no longer be relevant to the rehiring decision — particularly if the “new” job isn’t exactly the same as the previous one. Therefore, you can ask laid-off employees to reapply for newly created (or recreated) positions.

Finally, to ensure proper justification for layoffs, you can have managers who do the hiring and firing complete a form, before the job action, in which questions about the justification for the layoffs are answered. Questions requiring satisfactory answers could include:

Layoffs are a fact of life for most organizations — and not a happy one. To avoid adding insult to injury, be sure you conduct them in a manner that won’t lead to unnecessary grief. It’s prudent to consult with a labor attorney to ensure that you’re handling the matter properly.