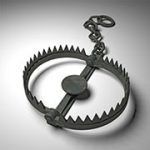 Back in 2011, several non-unionized employees who worked for a lighting products manufacturer complained about their wages and asked the plant manager for a raise. The request was turned down. Shortly thereafter, the company’s president visited the Illinois plant and all 94 of the local workers went on strike.

The visiting president reaffirmed that no raises were being given. She told workers that if confronted with a strike and demands for more money, the company’s owner had ordered her to fire half of them. The owner, she said, wouldn’t tolerate being threatened and wouldn’t back down.

“You’re going to lose,” she told them, and, with a stack of resignation forms in her hand, added that if they didn’t like their wages, they could quit.

The court’s opinion shows that during the same meeting with the striking workers, the plant manager “discussed globalization and explained that companies can move production to China and Mexico.” The company already had production facilities in both countries.

Unmoved, the employees remained on strike. About a week later, however, most of them agreed to return to work unconditionally. The company then rehired all but 22 of the employees and said some of the work that was previously done in that facility was going to Mexico, “because of the situation.” Management did stipulate that if more employees were needed in Illinois, they would rehire the 22 before hiring any new employees. That didn’t happen.

Informed of the situation by the workers, the National Labor Relations Board (NLRB) investigated. It concluded that the company had engaged in unfair labor practices by:

In response to the NLRB order, the company sought help in the court system, and the case eventually went to the U.S. Court of Appeals for the 7th Circuit. In its ruling, the court called the company’s actions an unfair labor practice based on language from the National Labor Relations Act (NLRA). According to the NLRA, an employer may not “interfere with, restrain, or coerce employees in the exercise” of their right to “engage in concerted activities for the purpose of collective bargaining, or other mutual aid or protection.”

The focus of the dispute was whether transferring work to Mexico violated that part of the law. The employer disagreed with some evidence the NLRB used to reach its conclusion, but the appeals court was unimpressed. Citing a ruling on a similar case the year before, the court stated that it applies a “deferential standard of review.” That standard includes weighing whether the NLRB’s findings “are supported by relevant evidence that a reasonable mind might accept as adequate.”

The court stated that if the company’s purpose in transferring the jobs was rooted in “animus towards the employees because of the strike,” the transfer would be unlawful. In concluding that was the case, the court listed the following factors:

The employer tried to convince the court that the number of jobs transferred to Mexico was minuscule. Though there was no specific evidence of how many new jobs were created in Mexico, based on the overall case, the court was convinced the number was not small.

The bottom line is clear: Moving jobs away from a company location in response to employees’ request for higher wages is a violation of the NLRA. While you might undertake shifting some jobs around for other reasons, it’s important to be mindful of how the NLRB or a court might try to assess your motivation. As with any significant decision affecting multiple employee jobs, it’s prudent to consult with a labor attorney before acting.