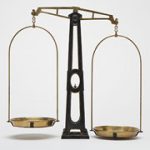 The intent to discriminate might not have been a factor. But an East Coast chemical manufacturer will still have to pay $175,000 in back pay and interest to 660 African-American job applicants, who were rejected for entry-level jobs at one of their locations over a one-year period.

The problem was a failure to satisfy the federal Uniform Guidelines on Employee Selection Procedures. In particular, the company’s pre-employment test was deemed to disproportionately screen out a protected group based on criteria that weren’t sufficiently linked to the skills required for the jobs the company was filling.

The original guidelines (updated over the years) were issued by the Equal Employment Opportunity Commission (EEOC) back in 1978, six years after the enactment of the Equal Employment Opportunity Act. While the basic rules aren’t new, they’re subject to constant interpretation in each employment scenario, and in the case of the chemical manufacturer, the employer’s interpretation didn’t hold up. The rules seek to eliminate aspects of hiring systems that could be discriminatory by race, gender, religion or national origin.

The EEOC guidance doesn’t apply to pre-employment tests, but “all selection procedures used to make employment decisions, including interviews, review of experience or education from application forms, work samples, physical requirements, and evaluations of performance,” according to the EEOC.

A key principle is the importance of using “validated” testing systems (more on that below). Technically, you’re not required to use tests that have been prevalidated as nondiscriminatory. However, if you’re accused of discriminating and can’t prove the validity of your testing methods at that time, you’ll generally lose the case.

Hiring results that raise red flags are those that lead to a “substantially different rate of selection.” The same applies to the processes of promotion, retention or any other positive employment action. The EEOC defines that as when the selection rate for any race, sex or ethnic group is less than 80% of that for the group with the highest selection rate.

Note: You don’t need to analyze testing results for every protected group. An exception is made for groups that represent less than 2% of the local work force. That low threshold might be applicable to the “national origin” category, if a relatively obscure country is involved.

Failing the “substantially different rate of selection” test isn’t, on its own, proof of illegal discrimination, however. The EEOC describes it as “a numerical basis for drawing an initial inference and for requiring additional information.” This is where test validation comes in — basically showing that the test gives an accurate measurement of a job candidate’s ability to be successful in the position sought.

The Uniform Guidelines draw upon the American Psychological Association’s list of “validity strategies:”

If you’re accused of discriminatory hiring practices and the EEOC decides to investigate, these are the two steps the investigator typically will take to assess the situation. The examiner will:

1. Measure the extent to which each element of your selection process has an adverse impact on members of protected groups, and

2. Ask you for evidence of the validity of any selection mechanism that has been shown to have an adverse impact.

Unfortunately, you can’t give a trial run to validate evidence to the EEOC in advance to gain assurance whether it will pass muster if you face an accusation of discrimination. During an examination, “validity evidence will not be reviewed without evidence of how the selection procedure is used and what impact its use has on various race, sex and ethnic groups,” according to the EEOC.

Also, it’s not enough to demonstrate a “rational relationship between a selection procedure and the job sufficient to meet the validation requirements of the guidelines,” the EEOC warns. Nor can you present written or oral assertions of validity from any expert. It all comes down to a validity study that the EEOC will “judge on its own merits.”

One of the pre-employment tests used by the chemical manufacturer measured reading, math, listening, the ability to locate information and teamwork. In spite of assertions by the employer that the test accurately predicts a job applicant’s future performance for the job at hand, the EEOC wasn’t convinced.

The bottom line: Before choosing, let alone trying to validate an employment test, determine what knowledge, skills and abilities are essential for the job, to avoid inappropriately screening out applicants. Also, be sure you maintain records of the demographic features of your job applicants to make it possible for you (and perhaps the EEOC) to determine whether your hiring practices are having a disproportionate negative impact on protected groups.

Industrial psychologists and other job experts specialize in these issues, and can help you to avoid falling into any employment discrimination traps.