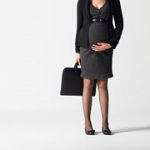 Discriminating against pregnant women with respect to employment is illegal. This includes any aspect of the employment relationship — including hiring, firing, pay, job assignments, promotions, layoff, training, employee benefits, and any other term or condition of employment. While this is not new, the law is evolving.

Pregnancy discrimination has been banned, in varying degrees, since the U.S. Civil Rights Act of 1964. In 1978, that law’s provisions relevant to pregnancy were expanded by the Pregnancy Discrimination Act (PDA). Before the PDA, employers were able to deny health benefits to pregnant women. In 2008, the PDA was updated to make it easier to show that medical conditions related to pregnancy can be protected under the Americans with Disabilities Act.

In 2014, the U.S. Supreme Court handed down a major decision in the case of Young v. UPS, which led to new guidance on this important issue. The decision forced the Equal Employment Opportunity Commission (EEOC) to reissue its own standards on discrimination, for the benefit of employers and of EEOC enforcement officials.

Given the long parade of laws and court rulings relating to pregnancy discrimination, it’s perhaps not surprising that the EEOC gets thousands of complaints. In fiscal year 2015 the agency received 3,543 such complaints, up 4% from 2014.

More than half of those cases lacked “reasonable cause,” and only about 12% resulted in financial settlements. Still, the average settlement in 2015 was $37,000, so being clear on the latest legal and regulatory standards for pregnancy discrimination is important.

Here, in Q&A format, are 10 highlights of the latest EEOC guidance.

1. What workplace actions are prohibited under the PDA?

The EEOC’s answer is expansive: You cannot “fire, refuse to hire, demote, or take any other adverse action against a woman if pregnancy, childbirth, or a related medical condition was a motivating factor in the adverse employment action.”

2. May an employer ask an employee or applicant whether she’s pregnant or intends to become pregnant soon?

Technically, yes. However, the EEOC warns that any “adverse” action “based on an employer’s assumptions or stereotypes about pregnant workers’ attendance, schedules, physical ability to work or commitment to their jobs, is unlawful.” (Therefore, it’s much better not to ask.)

3. Is an employee or applicant protected from discrimination because of her past pregnancy?

Yes. For example, if an employee returning from a “medically related pregnancy leave” (such as back pain or other complications requiring bed rest) was terminated, that would not fly. “Close proximity between the employee’s return to work and the employer’s decision to terminate her, coupled with an explanation for the termination that is not believable” would be considered evidence of pregnancy discrimination.

4. How are male employees impacted by pregnancy-related anti-discrimination rules?

“Although leave related to pregnancy, childbirth, or related conditions can be limited to women affected by those conditions, if an employer provides parental leave, it must be provided to similarly situated men and women on the same terms.”

5. Is it unlawful to take any adverse action out of concern for the health and safety of the pregnant employee?

Yes, if it stems from “an employer’s assumptions or stereotypes about pregnant workers’ attendance schedules, physical ability to work, or commitment to their jobs.”

6. When can you require a pregnant employee to take leave?

Basically, never — even if you believe you’re doing her a favor. “Never” includes asking a pregnant employee who has taken a pregnancy-related leave not to return to work until after she has given birth.

7. Can pregnant employees be covered under the Americans with Disabilities Act?

Yes, if they have “pregnancy-related impairments,” that is, those that “substantially limit one or more major life activities.” Such activities include walking, standing, lifting, and “major bodily functions such as the musculoskeletal, neurological, cardiovascular, circulatory, endocrine, and reproductive functions.”

8. Do you have to accommodate a pregnant employee with a pregnancy-related impairment upon request?

Yes, as with other ADA cases, you must make a “reasonable accommodation” unless it will cause you “undue hardship” – defined as “an action requiring significant difficulty or expense.”

9. What is a reasonable accommodation?

It’s a change in the way an employee’s job is performed “that enables an individual with a disability to apply for a job, perform a job’s essential functions, or enjoy equal benefits or privileges of employment.”

10. What are some examples of reasonable accommodations that a pregnant employee might need?

Generally, employers don’t go out of their way to discriminate against pregnant workers or workers who have recently given birth. But, given the myriad of employment-related issues and policies that could give rise to a discrimination charge, it’s a good idea to do your homework before taking any action involving a pregnant employee or job applicant.