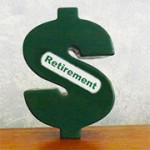 Did you turn age 70 1/2 in 2015? If so, an important date is coming up soon. By April 1, 2016, you must begin taking required minimum distributions (RMDs) from your traditional IRAs — or face a steep penalty. (Lifetime distributions don’t need to be taken from Roth IRAs at any age.)

A participant in a qualified retirement plan — for example, a 401(k) plan — must begin taking distributions by April 1 of the calendar year following the later of the year in which he or she:

If the IRA account balance isn’t distributed in full to its owner by the required beginning date, the RMD for each year from IRAs or individual accounts under a qualified defined contribution plan must be taken instead. The RMD amount is found by dividing the account balance as of the end of the preceding year by the life expectancy factor from the uniform IRS table. This table is used in all cases, except when the account’s designated beneficiary is the account owner’s spouse and the spouse is more than 10 years younger than the owner. In this instance, the joint life and last survivor life expectancy table from the IRS is used.

Warning: The April 1 required beginning date is critical because failure to begin RMDs could expose the taxpayer to a penalty tax equal to 50% of the difference between the amount that should have been withdrawn and the amount that was withdrawn.

However, in some cases, the penalty can be waived if the shortfall in the distribution was due to a reasonable error, and reasonable steps are being taken to remedy it.

When a Participant Reaches Age 70 1/2

What if you have multiple IRAs? If you have several traditional IRAs, the RMD amount is calculated separately for each one. However, the RMD amounts for the separate IRAs may be totaled and the aggregated RMD amount may be paid out from any one or more of the accounts. Roth IRAs aren’t included.

Note: RMDs from inherited IRAs must be figured separately from required minimum distributions from IRAs in the taxpayer’s own name.