Answers to Your Questions about Corporate Tax Inversions 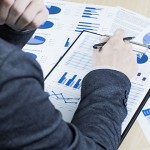 Most companies that plan to expatriate indicate that shareholders will benefit. In theory, lower taxes should improve cash flow. But lower taxes won’t cure poor management and other operating maladies.

Reuters recently performed a study of the 52 inversions that have occurred over the last three decades. The study measures simple share price performance against the Standard & Poor’s 500 (S&P 500) index.

It showed that 19 of the expatriated firms have subsequently outperformed the S&P 500 index, while 19 have underperformed it. Another 10 have been bought by rivals and three are no longer in business.

Of the 52 companies studied, one even repatriated. Drug manufacturer XOMA has returned its tax domicile to the United States to reduce exposure to possibly adverse tax legislation and to come back to a more familiar legal system. Despite returning to California in 2010, XOMA continues to post losses. XOMA has underperformed the S&P 500 by 95 percent since its move to Bermuda was announced in 1998.

This study makes one clear point: Corporate inversions, on their own, provide no guarantee of superior returns for investors, despite any tax savings.

Aside from stock price underperformance by many companies in the study, inversions can also impose substantial upfront costs, including capital gains tax liabilities for certain investors. The Reuters study did not take these costs into account as they differ for each shareholder and may vary, depending on how the deal is structured.

One recent high-profile deal is Burger King’s announced merger with Tim Hortons, a Canadian chain of more than 3,600 restaurants that sells coffee, donuts and other items. Such deals have stirred up an political debate, with many Americans are asking how these deals work and how much taxes companies really end up saving.

To clarify matters, here are the answers to some frequently asked questions about corporate inversions.

What is a corporate tax inversion?

Does an inversion mean the U.S. corporation moves its operations to a foreign country?

Most likely not. In many cases, only a skeleton operation exists overseas. So, U.S. factories, employees, and stores typically aren’t affected. Often the U.S. company has pre-existing overseas operations, such as drug companies with plants in Ireland, before the deal is announced.

Does an inversion mean the business no longer pays U.S. taxes?

Isn’t that how it works now?

No, a U.S. corporation is currently taxed on its worldwide income. It gets a tax credit for taxes paid to foreign countries. But the overseas profits escape U.S. tax until the earnings are repatriated (brought back to the United States).

As a result, some companies with large foreign operations have many millions of dollars “stuck” overseas to avoid a big tax hit. That can lead the company to make more investments in overseas facilities since that’s where the cash resides.

What are the tax savings from corporate inversions?

Potential tax savings vary widely. For example, Germany has a high tax rate, but taxes are very low in Ireland, Bermuda, the Netherlands, and the United Kingdom. These low-tax countries are frequently used for inversions. Many countries fall somewhere in the middle. In Canada, the national tax rate is low but when you add in the provincial rate, it can bring the total rate to 27 percent.

Similar to the United States, it’s more than just the stated rate that counts when computing taxes, however. Other factors can include differences in deductions and credits and higher taxes on certain types of income. In the United States, many domestic companies pay an effective tax rate well below 35 percent.

To-expatriate-or-not isn’t a cut-and-dry decision. There’s more to look at than taxes, such as legal issues, sources of income, and the overall business environment. Despite all the press, only 52 companies have moved, with varying degrees of success (see sidebar, “Inversions and Shareholder Value” at right). The most likely companies to move are those with significant offshore operations.

What happens to the shareholder’s stock when a company expatriates?

It depends on how the transaction is structured. Shares may be redeemed, but it’s more likely that shareholders will exchange their current shares for shares in a new entity. But there’s a catch: Tax law treats the exchange as a sale of stock. That means investors will owe capital gains tax on the transaction just as if they sold the shares. The impact will depend on an investor’s basis in the stock. Moreover, an investor will get no cash from the company to pay the tax. Of course, if the stock is held in an IRA, 401(k), or other qualified retirement plan, there’s no tax effect. The tax situation could be more complicated if an investor owns shares in the foreign entity making the acquisition.

If you own stock in a company that’s involved in a corporate inversion, consider talking to your financial and tax advisers. You may have options to reduce the impact.

Federal tax laws already address inversions, but there are proposals to further restrict them. Some proposals could drive the management operations of inverted companies overseas. A reduction in the corporate rate and other changes might reduce the incentive to expatriate. Stay tuned for more information on this controversial tax matter.